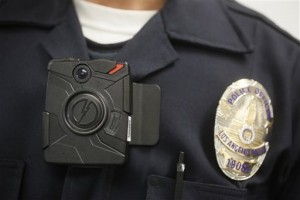 USA Today published an article complaining that “Bodycams haven’t lived up to the promises of exposing police misconduct.” Granted, USA Today once enjoyed a much better reputation as a valid source of news. But their disappointment accurately explains just how confused politicians and the media have become, especially since bodycams cannot magically show what was never there to begin with…

However, there is one thing that bodycams have done amazingly well: they show the truth behind the outrageous lies and criminal behavior in America—which is what politicians and the media do not want the public to see or understand.

In fact, since bodycams are now showing the misconduct and criminal behavior of suspects—and not cops—many of the same “reformers” are crying foul. They got what they wanted, but now suddenly want to give it back.

So, if body cameras were absolutely necessary for exposing police misconduct, what’s the problem?

Well, the short and simple answer is this: nothing.

For example, the Washington D.C. Metropolitan Police Department conducted an exhaustive study about the use of police body cams. By studying 1,000 cops with body cameras, and another 1,000 without them, they tracked complaints, use of force incidents, and a wide variety of other metrics. And they found absolutely no difference in police behavior between those officers with bodycams and those without.

With millions of contacts between law enforcement and the public recorded on body cameras and cell phones, it’s hard to actually see where all of this “police misconduct” happens to be taking place. Of course, there have been some incidents of misconduct and wrong-doing. But arguably, the only group happy with police body cameras are the ones making millions selling them.

So where does that leave those that “demanded” body cameras in the first place?

Well, since bodycams have “failed,” it appears that throwing cops in jail or getting them fired for some policy violation involving bodycams have become their latest demand.

If they couldn’t catch cops doing something wrong on camera, perhaps the next best thing in their warped universe is catching a cop for a policy violation.

But notice how the reformers, and the media are doing something else. For the most part, they’re ignoring all of the amazingly good things that cops are doing every day and every shift.

For example, New York police officer Alyssa Vogel was recorded running toward a hospital with a 4 year-old girl who had just been shot. It was caught on body camera—and that, according to the USA Today, is why law enforcement is using body cameras in the wrong way.

This is not what the reformers wanted to see. And in addition to showing heroic deeds, bodycams are  proving another key point shift after every shift in America. Oxford (AL) Police Chief Bill Partridge sums up why police reformers who are so frustrated by the failure of bodycams to capture misconduct “Because it’s not prevalent like they think it is.”

Yet without a doubt, there is one thing that body cameras do undeniably well. That is, they provide transparency, even though now that very transparency has left many somehow “disappointed.”

And now the very transparency that bodycams provide seem to have become a problem and a disappointment for the woke-minded media. Heroic acts of courageous officers are downplayed or ignored. And nobody seems to be apologizing after reacting with prejudice before seeing bodycam footage and accusing cops.

So, if politicians, pundits, and so-called news and social media outlets are disappointed, that’s a good thing. And that’s because their demands to cancel transparency and cancel shows like Live PD are quite telling. It reveals the disappointment and frustration of police critics who can’t stand to see how live footage or unedited body camera footage—without ridiculous media commentary—reveals good police work and the failure of the media to recognize it.