'I just want black liberation and black sovereignty, by any means necessary' 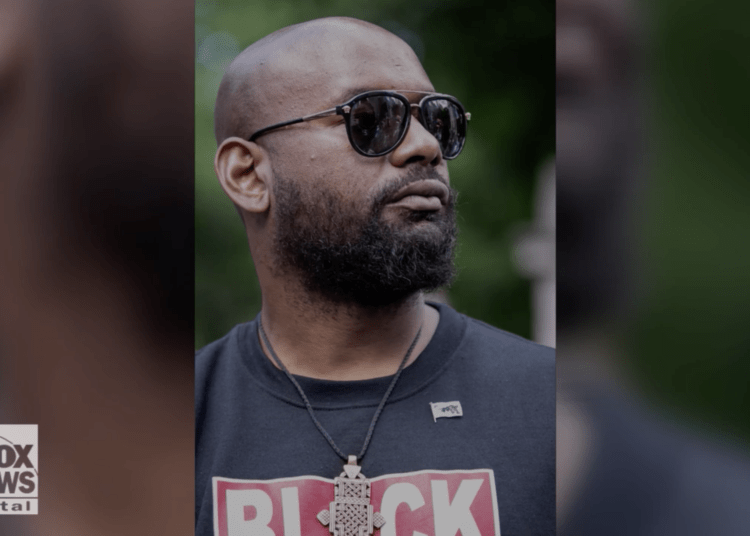 Greater New York Black Lives Matter president Hawk Newsome joined “The Story” Wednesday to discuss the direction of the movement in the wake of George Floyd’s custodial death and the resulting demonstrations across the country, many of which have sparked destruction and violence.

“You … have said that violence is sometimes necessary in these situations,” host Martha MacCallum told Newsome. “What exactly is it that you hope to achieve through violence?”

“Wow, it’s interesting that you would pose that question like that,” Newsome responded, “because this country is built upon violence. What was the American Revolution, what’s our diplomacy across the globe?

“We go in and we blow up countries and we replace their leaders with leaders who we like. So for any American to accuse us of being violent is extremely hypocritical.”

MacCallum clarified that her question was based off comments she had heard Newsome utter in various interviews, Fox News reported.

“Let’s observe the history of the 1960s, when black people were rioting,” he went on. “We had the highest growth in wealth, in property ownership. Think about the last few weeks since we started protesting. There have been eight cops fired across the country.”

“I don’t condone nor do I condemn rioting,” Newsome added. “But I’m just telling you what I observed.”

Later in the interview, Newsome insisted the Black Lives Matter movement is about “saving lives” and its adherents should be “applauded” for upholding the Second Amendment.

“Nobody’s talking about ambushing police officers. We’re talking about protecting lives,” he said. “There’s nothing more American than that. We talk about uplifting and upholding the Second Amendment but it seems to be the hypocrisy of America that when black people start talking about arming themselves and defending themselves, [that] talk is ‘violent’. But when white people grab assault rifles and go to our nation’s, their state capitals, it’s all good.”

The interview took a turn after MacCallum read a quote from Martin Luther King Jr. and asked Newsome if he agreed with it.

“I love the Lord and my Lord and savior,” Newsome responded to MacCallum’s prompt. “Jesus Christ is the most famous black radical revolutionary in history. And he was treated just like Dr. King. He was arrested on occasion and he was also crucified or assassinated. This is what happens to black activists. We are killed by the government.”

At the conclusion of the interview, Newsome told MacCallum, “I just want black liberation and black sovereignty, by any means necessary.”