Two officers were injured in the melee 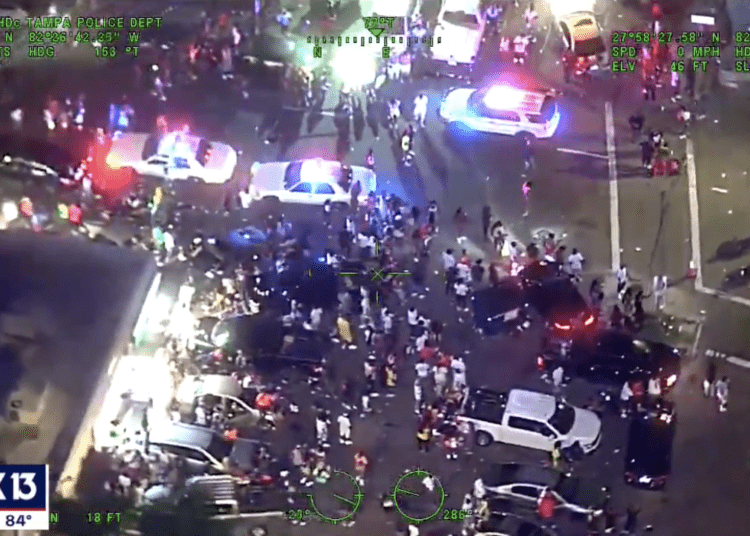 Chief Brian Dugan says officers were called to the intersection of 15th Street N and 26th Avenue E for a report of shots fired with a possible victim, Fox 13 Tampa Bay reported.

The chief said during a press conference that hundreds of people had all four intersections completely blocked when officers arrived. As police tried to locate a victim, the crowd became aggressive toward them.

As officers took one person into custody, the crowd surrounded officers and threw glass bottles, while several subjects jumped on one of the officer’s cars.

“There were hundreds of them. Hundreds. We ended up having to call every single police officer that was available that night to respond there, from New Tampa to South Tampa,” Dugan said.

In total, the chief said more than 100 officers responded to help. Moreover, two cops were injured. One officer was hit on the side of his head and and taken to the hospital. Another officer was hit with a glass bottle on the back of the head. Both were treated and expected to recover.