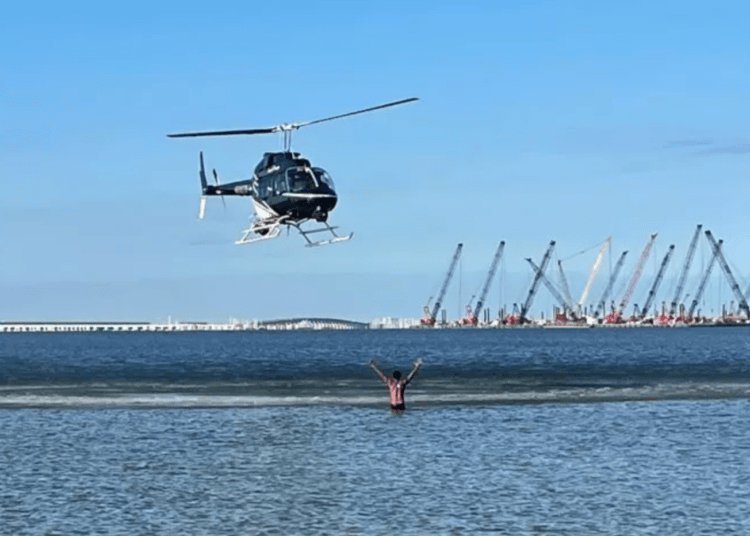 TAMPA, Fla. – On Saturday at about 8 a.m. a woman was robbed in the parking lot of a hotel on N. Westshore Blvd., according to the Tampa Police Department.

The suspect snatched her wallet and ran. Witnesses saw him flee to Cypress Pointe Beach, which is where officers located him.

In his effort to avoid arrest, the suspect entered the water and began to swim. After several minutes, he reached about 200 feet offshore and decided it was time to surrender.

The suspect was taken into custody. He was later identified as 32-year-old Dewayne Dean.

One Facebook user commented on the photo, saying, “He thought he was playing GTA5,” referring to the video game Grand Theft Auto V.

Another superlative remark included, “Lots of wind from that chopper! Nice job.”

While yet another commented on the illogical thought process demonstrated by the suspect, “Well he certainly didn’t think that one through.”

According to Hillsborough County Jail records, Dean was booked for robbery and resisting an officer without violence.

Moreover, he was also booked for outstanding arrest warrants, Newsweek reported. The charges on the warrants include possession of cocaine, grand theft, fleeing to elude police at high speed, aggravated battery on a pregnant woman and battery as a second or subsequent offense.