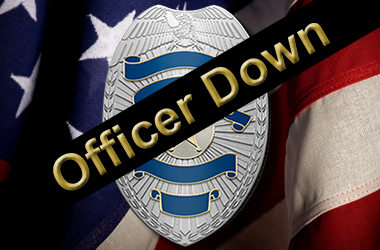 BIRMINGHAM, Ala. – A Birmingham police officer is fighting for his life in the hospital after being shot while responding to a report of a robbery in Woodlawn Sunday morning.

Chief Patrick Smith of the Birmingham Police Department said Detective John Finke, who works in narcotics and has been with the department since 2005, suffered three gunshot wounds — two to his stomach and one in the upper chest area. Finke, who was working security at Church of the Highlands when responded to a apparent robbery in progress on Georgia Road, was conscious before being taken to UAB Hospital, WVTM reported.

Chief Smith said Det. Finke “lost a lot of blood” and is in critical condition in the ICU after undergoing emergency surgery.

The chief said it appears Finke was able to return fire during the incident, but it’s unclear if the suspects were hit. He said the detective was not wearing body armor during the shooting.

Chief Smith said two suspects were taken into custody in Ensley. Police tracked a pair of cellphones stolen during the robbery, which led to the suspet’s capture. Not only were the thieves in possession of the victim’s cellphones, but the chief said they were also in possession of a handgun as well.

Det. Finke was off-duty and working security at the church when he responded to the robbery in progress.

A year ago, Birmingham Police Sergeant WyTasha Lamar Carter was shot and killed when he confronted a suspect breaking into cars.