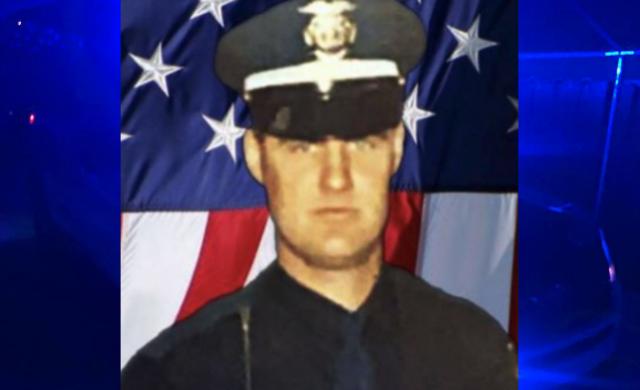 Former Birmingham Police Officer Randall "Randy" Smith died 25 years after he was shot in the line of duty. (BPD)

BIRMINGHAM, Ala. — A Birmingham police officer who was shot in the line-of-duty more than 25 years ago has died.

It was March 22, 1995 when Officer Randy Smith and other officers were called to a 3 a.m. domestic dispute. Smith was a morning-shift patrol officer at the West Precinct of the Birmingham Police Department with seven years experience. He had already accrued several commendations when he responded to the domestic incident in which a toddler had been left inside the house with an angry gunman, AL.com reported.

Smith went inside, grabbed the child and rushed to safety. However, on his way out he encountered an unexpected form of danger. His partner, Sgt. Ronnie Hull, heard the commotion and was headed for the door when the two nearly collided and Hull’s gun discharged, according to the official police investigation.

Doctors gave Smith a 15 percent chance of survival. They said he’d never walk again and that he would have significantly diminished thought capacity.

Smith spent weeks in a coma after undergoing hours of surgery at University Hospital. He was later transferred to Spain Rehabilitation Center. He underwent at least 49 surgeries and required round-the-clock care. He was legally blind and deaf in the right ear. He told AL.com in 2007 that he had frequent seizures, and had to learn to walk, talk and think again.

Yet through it all, Smith’s spirit, optimism, and love for others remained unchanged. He was very involved with his family and loved spending time with his children and grandchildren.

Now, more than 25 years later, the Birmingham police officer who was shot in the head by a fellow officer and permanently disabled while on duty has died.

Randall Versie “Randy” Smith, 63, died Monday evening at UAB Hospital after a fall at his residence. Authorities believe the fall was a result of the shooting 25 years ago and are calling it a line-of-duty death. According to the Jefferson County Coroner’s Office, Smith fell at his Vestavia Hills home and died at the hospital this week, AL.com reported.

’’I can’t really remember the Randy Smith before,’’ Smith said in that 2007 interview. ’’I hate talking about this. It gives me the willies.’’

Smith grew up in Homewood, where he co-captained the Homewood High School football team that won the state championship in 1974. He went on to join the U.S. Army before becoming a Birmingham police officer in January 1988.

“Randy’s spirit, optimism, and love for others remained unharmed,’’ his family wrote in his obituary. “Randy was very involved with his family and loved spending time with his children and grandchildren.”

Smith had visited patients at the Lakeshore Foundation and Alabama Head Injury Foundation to share his experiences. He was appointed grand marshal of the 2008 We Love Homewood Day parade and received a Quality of Life award from the mayor.

The funeral is being handled by Ridouts Valley Chapel in Homewood. The service will be held at 11 a.m. Saturday at Waldrop Stadium, which is Homewood High School’s football field. His body will lie in state one hour prior to the funeral. There will be a line-of-duty-death procession from the funeral to burial at Southern Heritage Cemetery in Pelham. The the family requests that all donations be sent to the Alabama Concerns of Police Survivors (COPS) located at 1010 Halsey Avenue Northeast, Huntsville, Alabama 35801. Their website is https://www.alabamacops.org.