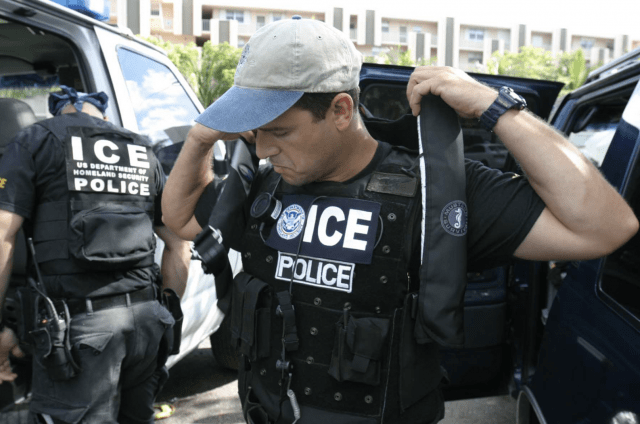 WASHINGTON — Under the Biden administration, U.S. Immigration and Customs Enforcement (ICE) locked one of its Twitter accounts Tuesday, halting all public safety alerts on illegal migrants in the U.S. with criminal backgrounds.

This is in stark contrast to Former President Trump’s administration, which made effective use of the public service account to broadcast where illegal immigrants with criminal records roamed free, Post Millennial reported.

Every tweet was a mini-PSA that had the name, country of origin,  picture, criminal history, and jurisdiction where the illegal immigrant is located. While this doesn’t outright delete the hundreds of tweets made, they’re all now hidden from public view, limited to the account’s 3609 followers, Fox Business reported.

The account, created in 2013 and bolstered under the Trump administration, was used to post details about known “fugitives,” including their name, nationality, criminal history and the U.S. jurisdiction where they were released.

“It seems the Biden Admin locked [ICE Alerts] because if you were to report the location of one of these dangerous aliens to ICE, it would become too obvious that these assaulters, drug dealers, thieves, and drunk drivers are now allowed to go free under Biden’s policies,” former senior advisor to ICE, Jon Feere, wrote on Twitter Tuesday.

Feere condemned the move as an attempt by the Biden administration to hide information about criminal migrants, particularly those with sexual assault and child abuse offenses.

“ICE also used to post ‘Most Wanted Wednesday’ tweets aimed at getting the public’s help in locating public safety threats,” Feere added. “The Biden Admin is apparently not too interested in public safety.”

It seems the Biden Admin locked @ICEAlerts because if you were to report the location of one of these dangerous aliens to ICE, it would become too obvious that these assaulters, drug dealers, thieves, and drunk drivers are now allowed to go free under Biden's policies.

ICE also used to post "Most Wanted Wednesday" tweets aimed at getting the public's help in locating public safety threats. The Biden Admin is apparently not too interested in public safety. pic.twitter.com/wN3YCBOa7J

The boilerplate format of every @ICEAlerts tweet was: “When jurisdictions fail to honor an ICE detainer, it risks both public and officer safety, and unnecessarily expends ICE’s already-limited resources. Have you seen this #fugitive? He is wanted by ICE Enforcement and Removal (ERO),” followed by a picture providing details about the offender-at-large.

It’s unclear why exactly the current government made the decision to seemingly retire ICE Alerts. But it fits with the Biden Administration’s agenda on immigration policy.

An ICE spokesperson told Fox News the account was no longer being utilitzed under the new administration, “ICE continues to use its main twitter account, @ICEgov, and our regional twitter accounts to communicate with the public about our national security, border security, and public safety mission.”

“ICE routinely updates its many communication tools to ensure accurate information remains consistant with current priorities. As with similar accounts associated with prior administrations’ policies, @ICEalerts was archived as it was no longer being maintained,” the spokesperson said, adding that their other social media accounts remain active for the public to receive updated information.