The number of migrants apprehended at the border in the month of January reached nearly 78,000 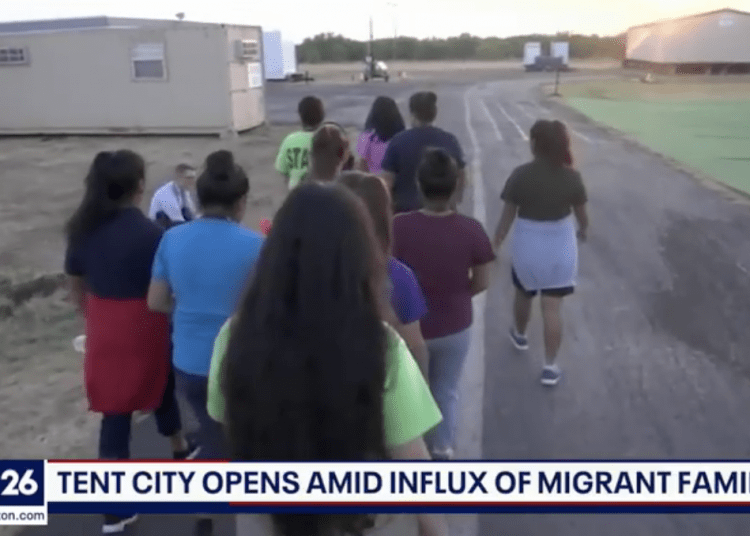 DONNA, Texas — The Biden administration is facing enormous spikes of over 200 percent in illegal border crossings from this time last year and has been forced to open another tent city to detain illegal immigrants in Texas, US Customs and Border Protection has announced.

The Border Patrol revealed in a report released Wednesday that the number of migrants apprehended at the border in the month of January reached nearly 78,000, up from 36,679 in January 2020, New York Post reported.

Single adult Mexican citizens accounted for more than 37,000 CBP encounters, a 119 percent increase from this time last year, according to the agency.

Amid the surge, a new “soft-sided facility” was established this week by the agency in Donna, Texas, to hold individuals originally staying at the Centralized Processing Center in McAllen, Texas.

The Donna facility is “weatherproof, climate-controlled, and provide[s] ample areas for eating, sleeping, and personal hygiene,” CBP said in a statement Tuesday.

The agency went on to call the Donna location “a considerable upgrade from previous soft-sided facilities,” touting its 160,000 square feet of covered area.

The Trump administration faced considerable criticism by then-candidate Joe Biden and Democrats over its use of temporary shelters, also known as “tent cities,” in towns across the southern border.

Being temporary, these housing facilities are typically not held to the same regulatory standards as long-term shelters.

“The Donna location was chosen because it is central to Border Patrol stations throughout the Rio Grande Valley Sector,” a CBP spokesperson said this week of the newest facility.