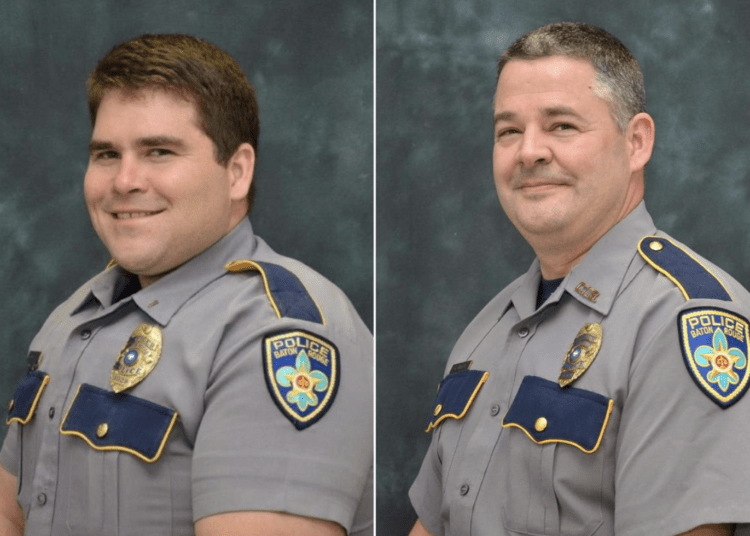 BATON ROUGE, La. – Baton Rouge Police officials released the names of the two officers involved in a shooting that left one dead and one critically injured Sunday afternoon.

Lt. Glenn Hutto Jr., 45, died from gunshot injuries during a shooting that occurred around 12:30 p.m. on Conrad Drive. Hutto was a 21-year veteran of the police department. He was promoted to the rank of lieutenant posthumously, reported The Advocate.

Cpl. Derrick Maglone, a 7-year veteran, was critically injured during the shooting. He was transported to a local hospital and is recovering from his injuries.

Maglone, 35, was named officer of the month in May 2016 “because of his dedication to professionalism and commitment to service,” an announcement at the time read. He worked as an officer with the mounted division and would attend community events with his horse.

“A lesson that we can take from this incident, is that the Officers of the Baton Rouge Police Department will make the ultimate sacrifice for our community,” said leaders of the Baton Rouge Union of Police in a statement. “This is something they have done in the past, and they will continue to do in the future because it is the oath that they have taken and it is what they believe in. Our Community is blessed to have this type of undeniable dedication.”

Local law enforcement agencies organized a funeral procession for Hutto on Tuesday afternoon, escorting his body from the coroner’s office in North Baton Rouge to a funeral home downtown.