Jacob Blake Was Reaching For A Knife 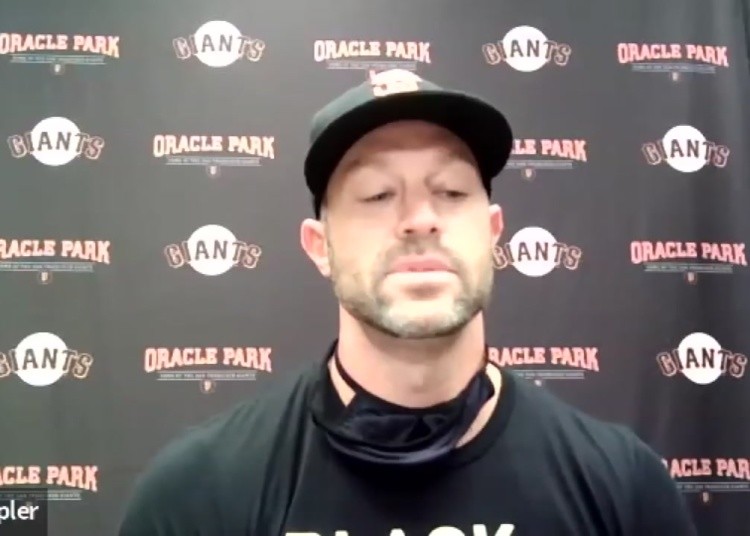 The Los Angeles Dodgers and the San Francisco Giants are the latest teams to boycott tonight’s sporting event in protest of the police shooting of Jacob Blake.

They joined the NBA, WNBA and Soccer.

And for the record, we could care less about those sports but when this nonsense affects America’s Past Time, it’s time to say something about it.

Two other baseball games were also postponed Wednesday, the Brewers-Reds and Padres-Mariners.

Major League Baseball issued a statement in support of the postponements in Milwaukee, San Diego and San Francisco:

“Given the pain in the communities of Wisconsin and beyond following the shooting of Jacob Blake, we respect the decisions of a number of players not to play tonight. Major League Baseball remains united for change in our society and we will be allies in the fight to end racism and injustice.”

ABC7 reports that San Francisco had been slated to host the Dodgers at 6:45 p.m., but after an on-field players and coaches meeting, and going back to stretching for a few minutes, everyone, including Dodgers players left the field with gear in hand.

Giants Manager Gabe Kapler, knowing literally nothing about the police incident had strong words about the Wisconsin police shooting before all of this unfolded.

“I don’t think it should require athletes needing to boycott playoff games to remind us Black lives matter, and that police brutality is unacceptable, and that systemic racism needs to be eliminated,” Kapler said.

Kapler, who has a sub-500 coaching record in his career may have just found something he is worse at…..Social Justice.

To allege that anyone doesn’t believe that “Black Lives Matter” or that “Police Brutality” is acceptable is akin to asking someone “when was the last time you beat your wife.”

It’s utterly ridiculous and what is more insane, is none of these athletes even know what happened in Kenosha, Wisconsin over the weekend.

Although we know a large part of it.

Sources indicate that he had threatened them with a knife and did the same when law enforcement arrived.

He fought officers who tried to use a Taser without success and there is information that indicates he told officers that he was going to his car to get a gun.

But who needs the truth when elite athletes can tell all of us that we don’t care about Black Lives.

While it’s unfortunate the leadership in Kenosha has been silent on those details, Wisconsin Attorney General Josh Kaul tipped his knowledge earlier this week when he told the media that he would not comment on whether a weapon was in the car.

Unless you are an idiot, that means there was a weapon in the car.

If you haven’t been paying attention to our coverage of the George Floyd case, we have documented the strong pattern of politicians withholding information early in these incidents which then cause the outrage.

Wisconsin Governor Tony Evers played by the rules of engagement to create the environment for violent riots when, without knowing any information, said:

“Jacob Blake was shot in the back multiple times, in broad daylight, in Kenosha. Kathy and I join his family, friends and neighbors in hoping earnestly that he will not succumb to his injuries. While we do not have all the details yet, what we know for certain is he is not the first Black man or person to have been shot or injured or mercilessly killed at the hands of individuals in law enforcement in our state or in our country.”

Let’s be clear, the Governor and the Attorney general knew full well that a weapon was in the car. While Blake reportedly told cops that he had just assaulted that he was going to get a gun, he was actually grabbing a knife.

The Attorney General waited for a dew nights of riots along with two deaths before he offered that insignificant piece of information today.

That’s right Los Angeles Dodgers and that horrific manager Gabe Kapler, you stayed home today for the injustice of a suspect that had outstanding warrants for third-degree sexual assault, trespassing and disorderly conduct in connection with domestic abuse.

A suspect that fought law enforcement upon their arrival and who had been previously arrested  with taking a gun in a bar, resisting arrest, causing a soft tissue injury to a police officer and endangering safety-use of a dangerous weapon along with disorderly conduct.

The fact that Blake had a history of violence, committed violence that day and grabbed a weapon in a car will make no difference.

The only come back will be the proverbial, “he didn’t deserve to die.”

Which we say, of course he didn’t. Few do, with the exception of serial killers and child rapists.

But you know who doesn’t deserve to die?

Law enforcement and if you listen to the likes of Lebron James, who couldn’t carry Kobe’s water bottle and the No-Cal Giants, that matters not.

We want justice they say….even if it means a few dead cops and martyring suspects that commit violent acts.