Baby girl dies after family dog found laying on her 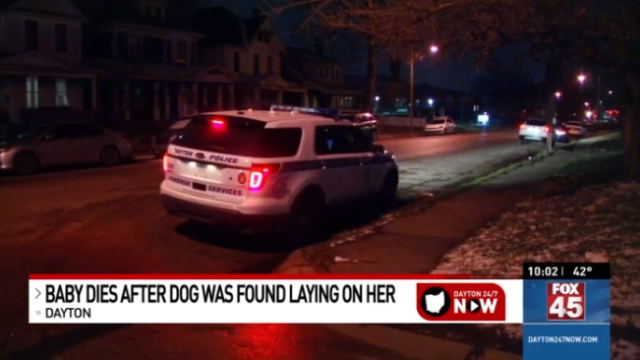 DAYTON, Ohio — A 4-month-old baby girl may have been accidentally suffocated by the family dog in Ohio, authorities said.

Little Raelynn Larrison was found unconscious by her father, who’d noticed the canine resting on top of her at around 7 p.m. on New Years Eve in their Dayton home, WRGT reported.

In a chilling 911 call Thursday night, the baby’s father discovered the horrific scene. The call is too graphic to play, according to the news organization, but the father told dispatch, “The puppy was lying on her and I just now noticed it.”

“She’s not breathing. My baby ain’t breathing,” the father continued, according to the Dayton Daily News.

Raelynn was taken to Dayton Children’s Hospital where she was pronounced dead.

Police are investigating the tot’s cause of death. The breed of the dog was not disclosed.

‘Social distance’ is coming to a police department near you

Sister of Dayton Gunman Among the Dead