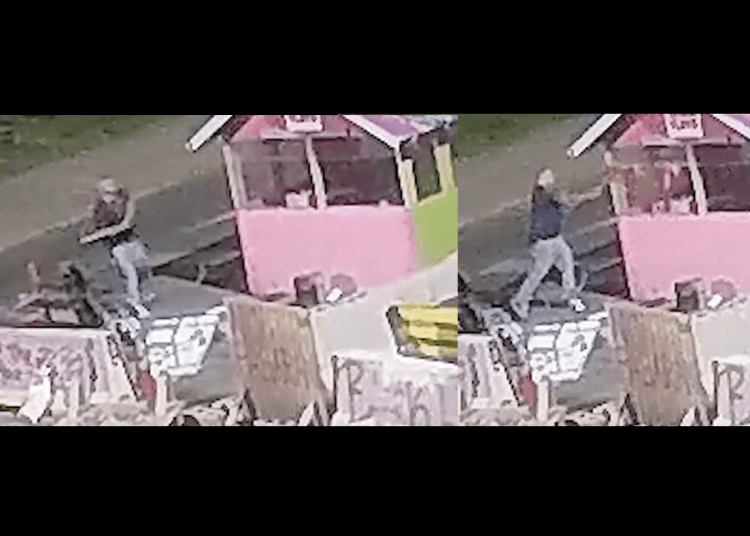 MINNEAPOLIS — A video has emerged, which shows an ax-wielding man destroying property and wreaking havoc at George Floyd Square in Minneapolis over the weekend. The incident reportedly occurred around 2 a.m. Sunday, but has yet to be reported to police, the Minneapolis Star Tribune reported.

According to the video posted on Instagram by “38thandchicagogfs,” a truck arrives at the location and a man emerges from its driver’s side door, walking directly toward the memorial display. With the vehicle apparently left running and situated in the middle of the street, the man topples over displays and removes signs identifying the square.

Next, he momentarily returns to the bed of his truck, grabs an ax and continues with the demolition by hacking at a shed in the square, Fox News reported. The unidentified man continues to dismantle the shrine for several minutes.

“Hey what the f*** are you doing? Get the f*** out of here!” a voice is heard repeatedly yelling.

“What are you doing that for?” another person shouts.

The man returns to his truck and departs. A later Instagram post shows a shed at the site restored to its original condition, Fox reported.