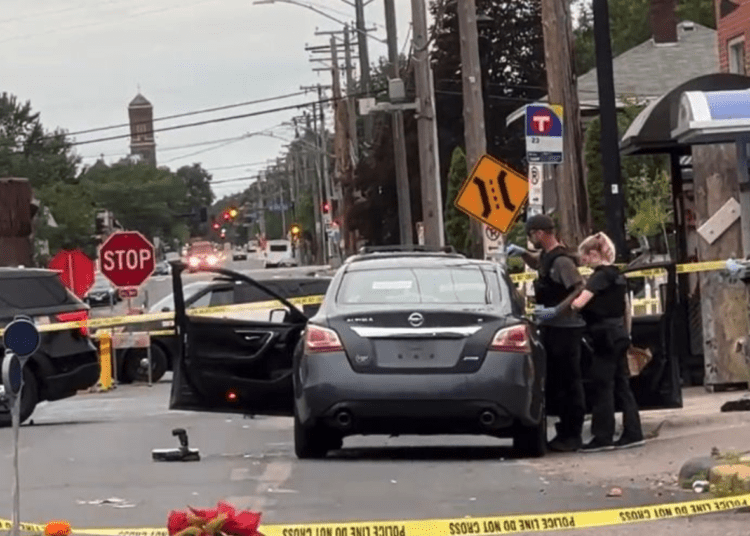 MINNEAPOLIS – The Minneapolis Police Department is investigating a fatal shooting that occurred at George Floyd Square early Saturday morning. This is the 55th homicide investigation conducted by the agency in 2022, the Post Millennial reported.

MPD officers responded to reports of a shooting with a possible victim down at the intersection of 38th Street and Chicago Avenue about 3:20 a.m. on Saturday. Upon arrival police discovered an adult male with fatal gunshot wounds lying in the street, according to KMSP News.

This is now the 55th homicide in Minneapolis this year. pic.twitter.com/xOSg2rVJRB

Officers also located a vehicle idling in a nearby parking lot with gunshot damage. They believe it belonged to the victim.

Police secured the crime scene and began to process the area for evidence. Law enforcement authorities confirmed it’s the 55th homicide of the year.

The Hennepin County Medical Examiner has not yet released the victim’s identity or details surrounding his death.

According to the Post Millennial, the location has been rampant with violence since it was established following the death of George Floyd in 2020.

The 2021 tweet below actually captured nearby gunfire during a live broadcast at the time.

In total, six people have been killed from shootings in the area and one person died of a drug overdose.