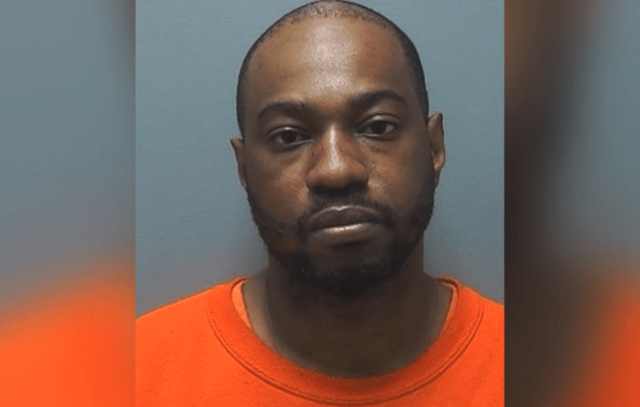 CHEROKEE COUNTY, Ga. – An Atlanta police officer has been arrested in Cherokee County on the charge of rape, authorities confirmed on Monday.

Lionel Joseph Dely, 32, is accused of raping a woman in her apartment in the city of Acworth, according to the Cherokee County Sheriff’s Office.

The woman told sheriff’s investigators the alleged rape took place on Jan. 31 shortly after the two met. Dely reportedly identified himself as a police officer with the Atlanta Police Department, and said he was conducting an investigation.

The woman reported the sexual assault two days later, according to officials, the Atlanta Journal-Constitution reported.

Investigators collected evidence in support of the woman’s rape allegations. Moreover, officials confirmed Dely is an officer with APD, the sheriff’s office disclosed in a press statement.

APD suspended Dely from duty without pay on Feb. 3 when they were made aware of the allegations, Atlanta police spokesperson Sgt. John Chafee said in a statement.

Dely surrendered Friday evening at the Cherokee Adult Detention Center. He is currently being held without bond.

“The officer was not on official business when this incident occurred,” Chafee said. “The Atlanta Police Department is cooperating with investigators and will continue to do so.”

Chafee said an emergency hearing is scheduled to determine the future of Dely’s employment. He deferred additional press inquiries to the Cherokee County Sheriff’s Office.

According to the warrant for Dely’s arrest, the woman told him no and that she was not comfortable, AJC reported.

Dely was hired by APD in April 2015 and completed candidate training in 2016. He has no prior history of disciplinary action, according to Atlanta police and the Georgia Peace Officer Standards and Training Council.

According to APD’s disciplinary process, the agency is required to provide an employees five days’ notice to respond to an emergency hearing with the chief, who will ultimately determine potential punishment, up to and including termination, during the hearing, the news outlet reported.

Dely has a preliminary hearing scheduled in court on Feb. 25, according to online records.