The President of Asheville Fraternal Order of Police Warns The Community 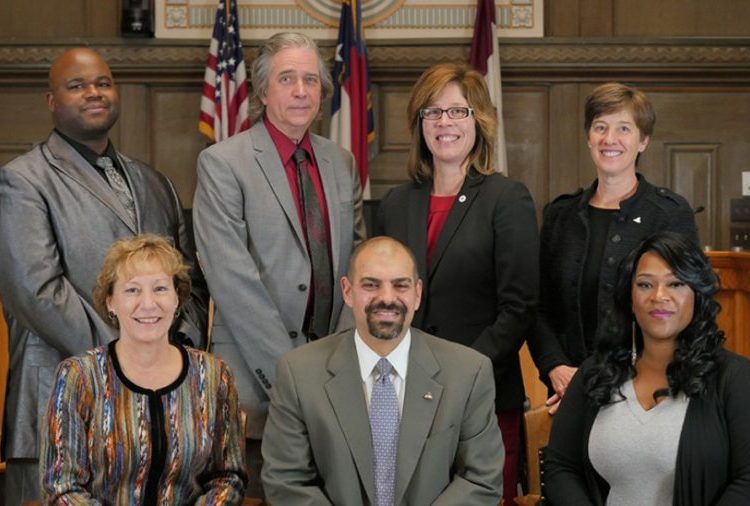 Asheville, North Carolina – Law Officer recently reported on the staffing issues with the Asheville Police Department and the subsequent calls for service that the agency will no longer respond to. Rondell Lance, the president of the Asheville Fraternal Order of Police puts the blame on losing 40% of their officers squarely on politicians. Pointing to the Asheville City Council, Lance says that the council is “following a national narrative” and is “anti-police.”

Lance says that the problems at the Asheville Police Department are the result of politics and not policing issues. Far-left activists demanded the defunding of the agency by as much as 50% after the death of George Floyd. Last September, the Asheville City Council voted 5-2 to cut their budget by 3%.

Last week, Asheville Police Chief David Zack outlined the decline of manpower and morale, saying more than 80 officers have left the department since 2020. He also said response time to the most serious crimes has risen by 2.9 minutes per call.

Zack’s discussion led to the announcement that the agency will stop responding to certain calls. That led to what some consider an unsettling announcement, that APD will no longer respond to certain kinds of crimes because of the lack of staffing. Some of the calls from Asheville citizens that will now go unanswered include identify theft, harassing phone calls where there are not threats to life, certain frauds, trespassing, and other calls that do not have suspect information. 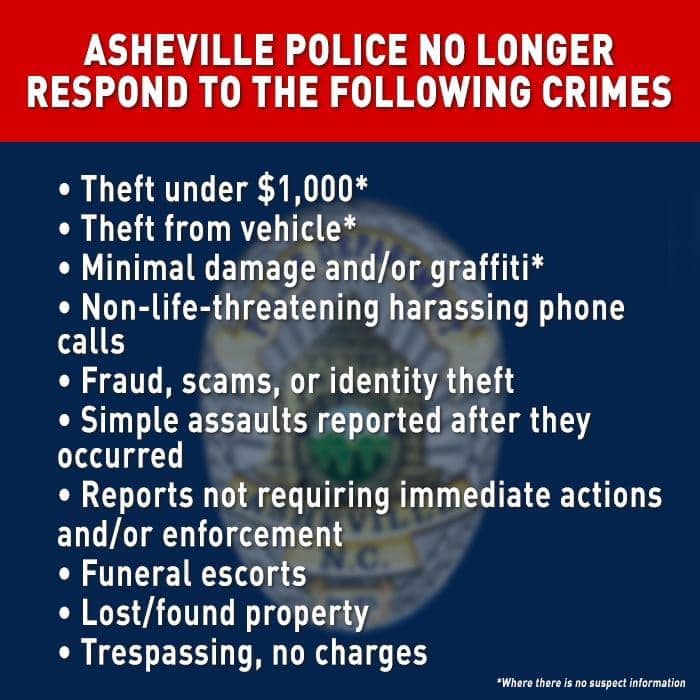 On Wednesday, City Manager Debra Campbell addressed the matter in a statement to News 13.

“As we work toward re-imagining public safety, the goal is to innovate by deploying APD’s resources toward more serious crime and investigation, while assigning lower level issues to other departments, some of them perhaps to be named or formed with partner agencies,” she explained.

We give Cambell credit for her honesty. Politicians everywhere have used “re-imagining” to discuss why law enforcement must be reformed but until now, no one has explained what exactly they are imagining.

If the city of Asheville is an indicator, the rest of America knows exactly what to expect. Their calls to 911 will either be significantly delayed or no one will come.

While Lance gives a warning to the residents of Asheville, that could be applied wherever those that know nothing about crime and safety want to “re-imagine” what that will look like in the future.

“The citizens, your family, and my family, we’re in danger because of city council,” Lance said.

You can contact the Asheville City Councilors at this address: [email protected]