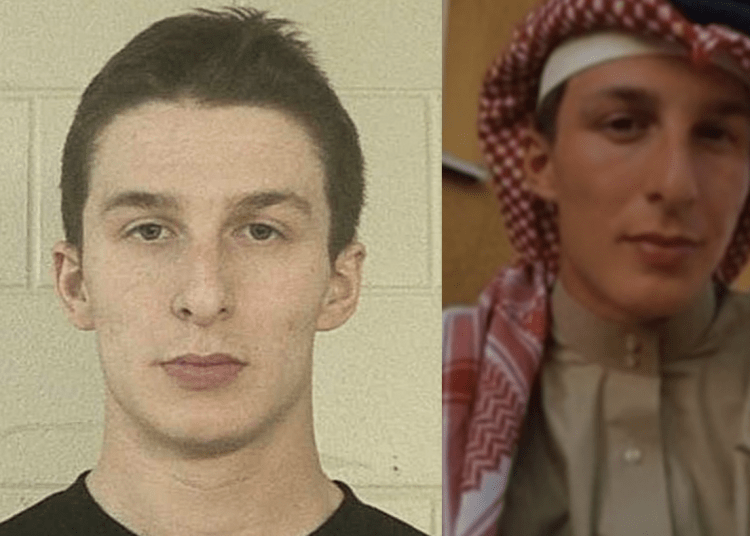 NEW YORK – A U.S. Army private was arrested Tuesday in Georgia on terrorism charges after he spoke online about plots to blow up New York City’s 9/11 Memorial and other landmarks and attack U.S. soldiers in the Middle East, authorities said.

Cole James Bridges, aka Cole Gonzales, of Stow, Ohio, was in custody on charges of attempted material support of a terrorist organization — the Islamic State group — and attempted murder of a military member, said Nicholas Biase, a spokesperson for Manhattan federal prosecutors, Stars and Stripes reported.

The 20-year-old soldier was with the Third Infantry Division out of Fort Stewart, Georgia, when he thought he was communicating with the Islamic State online about the terrorism plots, Biase said.

Unbeknownst to Bridges, an FBI employee was in on the chat as Bridges provided detailed instructions on tactics and manuals and advice about attacking the memorial and other targets in New York City, Biase said.

“As we allege today, Bridges, a private in the U.S. Army, betrayed our country and his unit when he plotted with someone he believed was an ISIS sympathizer to help ISIS attack and kill U.S. soldiers in the Middle East,” said William F. Sweeney Jr., head of New York City’s FBI office.

“Fortunately, the person with whom he communicated was an FBI employee, and we were able to prevent his evil desires from coming to fruition,” Sweeney said in a release.

“Our troops risk their lives for our country, but they should never face such peril at the hands of one of their own,” U.S. Attorney Audrey Strauss said.

Bridges was scheduled to make an initial appearance in federal court in Augusta, Georgia, on Thursday, Fox News reported.

A screen capture from Cole James Bridges’ Facebook page. (FACEBOOK, VIA U.S. ATTORNEY FOR THE SOUTHERN DISTRICT OF NY)

According to a criminal complaint in Manhattan federal court, Bridges joined the U.S. Army in September 2019 and was assigned as a cavalry scout in Fort Stewart.

At some point, he began researching and consuming online propaganda promoting jihadists and their violent ideology, authorities said.

They said he expressed his support for the Islamic State group and jihad on social media before he began communicating in October with an FBI employee who posed as an Islamic State group supporter in contact with the group’s fighters in the Middle East, NBC New York reported.

On Oct. 16, 2020, Bridges is accused of sending a warning to the purported ISIS fighter on planning any operation. That message, according to the complaint, stated in part, “They need to be extremely careful and not to discuss plans over the phone or through messages. Sadly I can’t participate. But the only involvement I can do is advice [stet] and training techniques . . . your brother can feel free to contact me anytime.”

According to court papers, he expressed his frustration with the U.S. military and his desire to aid the Islamic State group.

The criminal complaint said he then provided training and guidance to purported Islamic State fighters who were planning attacks, including advice about potential targets in New York City, including the 9/11 Memorial.

It said he also provided portions of a U.S. Army training manual and guidance about military combat tactics.

Moreover, Bridges diagrammed specific military maneuvers to help the terrorist group’s fighters kill U.S. troops, including the best way to fortify an encampment to repel an attack by U.S. Special Forces and how to wire certain buildings with explosives to kill the U.S. troops, the complaint said.

This month, according to the complaint, Bridges sent a video of himself in body armor standing before an Islamic State flag, gesturing support.

A week later, Bridges sent a second video in which he used a voice manipulator and narrated a propaganda speech in support of the Islamic State group’s anticipated ambush of U.S. troops, the complaint said.

In a statement Tuesday, a spokesperson for the Fort Stewart-based 3rd Infantry Division, Lt. Col. Lindsey Elder, confirmed that Pfc. Cole James Bridges is assigned to the division. She said division commanders are “cooperating fully with the FBI.”

Bridges faces up to 20 years in prison on each of the attempted material support and attempt to murder members of the U.S. military counts.

6 Nashville Officers Recognized For Evacuating Residents Prior to Explosion