She is being kept on life support to donate organs 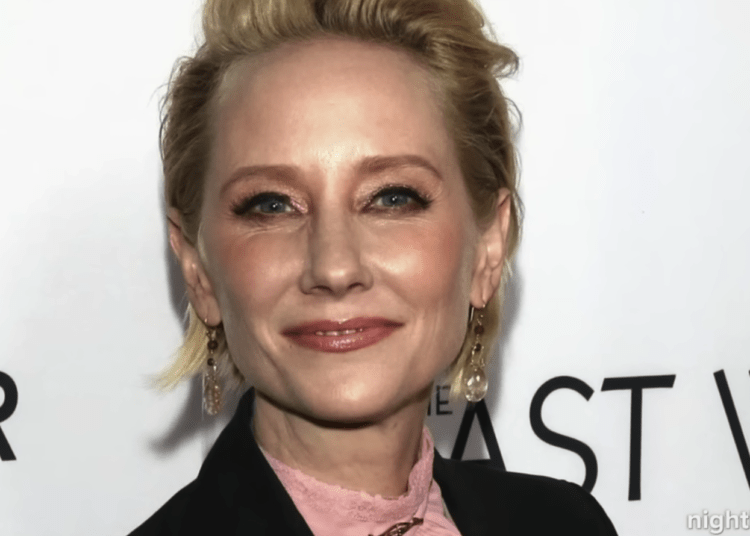 LOS ANGELES –  Although initial reports suggested that Anne Heche would survive after she crashed her vehicle into a home last week, she is now “brain dead,” which makes her legally dead under California law.

Heche, 53, has been in a coma for the past week following the fiery crash on August 5. Her critical condition was updated to fatal on Friday by a representative, the New York Post reported.

Heche suffered “a severe anoxic brain injury,” according to a statement from her representative. She was “being kept on life support to determine if any [of her organs] are viable” for donation, the statement added.

“Anne had a huge heart and touched everyone she met with her generous spirit. More than her extraordinary talent, she saw spreading kindness and joy as her life’s work,” the statement said. “She will be remembered for her courageous honesty and dearly missed for her light.”

Earlier on Thursday, the Los Angeles Police Department announced Heche was being investigated for felony DUI.

The crash was originally investigated as a misdemeanor, but the case was updated to a felony after a victim came forward, Officer Annie Hernandez told KTLA.

Law enforcement sources told TMZ that Heche was under the influence of cocaine and possibly fentanyl.

The woman who was living in the house destroyed by Heche’s car crash has commented on the circumstances, Fox News reported.

Lynne Mishele, who is a tenant at the home, took to Instagram on Thursday providing an update on “the most insane, traumatic time” since the bizarre crash.

“I’m still recovering and trying to figure out up from down, but I did want to send a huge, huge thank you to everybody from all over the world, for the overwhelming amount of love and compassion and generosity and kindness that people have shown over the past week,” Mishele shared in a video on her business account, Creative Organization.

“It’s obviously been the most insane, traumatic time, confusing … eventually I’ll try to get back to everybody and try to read everybody’s comments,” she remarked.

“Thank you everybody from the bottom of my heart. It’s really truly overwhelming. You guys really have impacted my life in a really profound way so thank you so much to everybody and I will keep you updated.”

LOS ANGELES – Actress Anne Heche suffered severe burns after she crashed her car into a home and it was engulfed in flames in Los Angeles on Friday.

Heche, 53, crashed her Mini Cooper into a garage at the Mar Vista apartment complex. People nearby tried to get the actress out of the vehicle, but she backed up, drove off and drove into a home, which ignited a serious fire, TMZ reported.

First responders eventually pulled Heche in her charred clothes from the wreckage. When they placed her on a gurney she attempted to wiggle free, aerial footage showed.

.@Stu_Mundel was over this wild scene at the top of our noon newscast – a car that had crashed into an apartment complex in Mar Vista area

our crew captured the moment the suspected driver, now identified by @TMZ as actress Anne Heche, suddenly arose from the stretcher pic.twitter.com/WGQQjA4uXJ

The “Donnie Brasco” actress was hooked up to a ventilator and listed in critical condition at a hospital, but she is “expected to live,” according to TMZ.

Police noted that Heche was driving at a high rate of speed, which caused her Mini Cooper to encroach the home by about 30 feet. There was one occupant inside the residence during the crash, but in a different part of the home, and uninjured, the New York Post reported.

Residential security footage obtained by a local CBS station showed her automobile speeding through a suburban-style community prior to the collision.

EXCLUSIVE: Video shows the vehicle owned by actress Anne Heche speeding down a Mar Vista street moments before crashing into a home and sparking a fire. The story on @CBSLA 5pm. pic.twitter.com/1H93z5aVx7

The vehicle was completely demolished and barely recognizable afterward, according to news footage of the aftermath.

Here’s the now mangled vehicle owned by actress Anne Heche being towed away after speeding and crashing into a Mar Vista home and sparking a fire. @CBSLA pic.twitter.com/rRSqnM1YDt

It was unclear if the actress was impaired at the time of the crash. She has spoken publicly about her troubles with substance abuse in the past.

The actress, who dated Ellen DeGeneres in the 90s before marrying cameraman Coleman Laffoon and dating actor James Tupper, said she turned to drugs and alcohol to deal with the trauma of being sexually abused by her father, Donald Heche, who secretly lived a gay lifestyle, the Post reported, before dying of AIDS in 1983.

According to her mini bio, Heche “came to recognition portraying Vicky Hudson and Marley Love in the soap opera Another World (1987-1991), which won her a Daytime Emmy Award and two Soap Opera Digest Awards. She came to mainstream prominence in the late 1990s with roles in the crime drama film Donnie Brasco (1997), the disaster film Volcano (1997), the slasher film I Know What You Did Last Summer (1997), the action comedy film Six Days, Seven Nights (1998), and the drama-thriller film Return to Paradise (1998).”