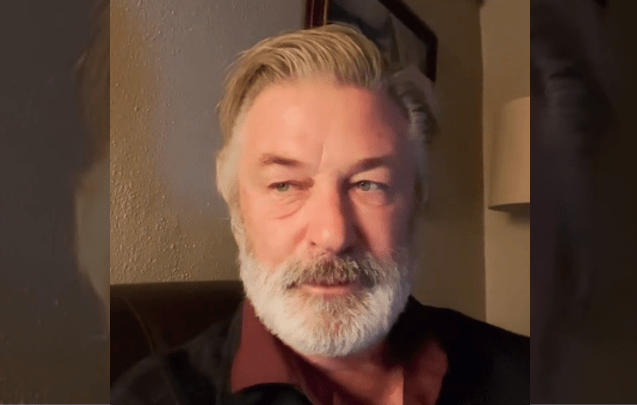 SANTA FE COUNTY, N.M. — A deadly shooting by Alec Baldwin left him “in tears” according to members of the press on the set of a film in New Mexico. The actor was involved in gunfire that left the film’s cinematographer dead and its director wounded.

There was an unintentional shooting with a prop gun that should have fired blanks, according to a spokesperson for Baldwin.  As a result, detectives are investigating how the fatal shooting occurred, sheriff’s spokesman Juan Rios said.

After the deadly incident, a photographer and reporter from The Santa Fe New Mexican said they saw Baldwin “in tears.”

The Bonanza Creek Ranch in Santa Fe County, New Mexico has been used in dozens of films. Sheriff’s deputies responded to the site Thursday, about 2 p.m. after receiving 911 calls that described a person shot on the set.

“This investigation remains open and active,” Rios said in a statement. “No charges have been filed in regard to this incident. Witnesses continue to be interviewed by detectives.”

Hutchins, 42, was airlifted to the University of New Mexico Hospital, where she was pronounced dead by medical personnel, the sheriff’s department said. Souza, 48, was taken by ambulance to Christus St. Vincent Regional Medical Center. According to actress Frances Fisher, Souza told her he was released from the hospital.

Director Joel Souza told me he’s out of hospital.

According to movie set gun safety expert Larry Zanoff, a gun loaded with blanks has gunpowder but should have no projectiles.

The movie production crew was working on a film titled, “Rust,” according to Fox. The movie centers around a 13-year-old boy who is left to fend for himself and his younger brother following the death of their parents in 1880s’ Kansas, according to the Internet Movie Database website. The teen goes on the run with his long-estranged grandfather (played by Baldwin) after the boy is sentenced to hang for the accidental killing of a local rancher.

Baldwin stars in the movie and is also the film’s co-producer, CBS reported.

Hours before the incident, Baldwin posted on Instagram, showing him on the set of the movie. The post featured Baldwin in costume with the caption “Back to in person at the office.” It has since been deleted.

On Tuesday, Hutchins posted a video on Instagram, showing her riding horses with several other people. The caption reads: “One of the perks of shooting a western is you get to ride horses on your day off.”

I wonder how it must feel to wrongfully kill someone…https://t.co/WE6QsAAXGI

Hollywood and the progressive left in the country has clamored for police officers to go to jail for unintentional killings. Brooklyn Center police officer Kimberly A. Potter was arrested and charged in the death of Daunte Wright after she unintentionally fired her duty weapon instead of a Taser when the suspect — wanted on a warrant related to armed robbery — fought and tried to flee from police.

Will anyone be charged in the killing of Hutchins or the wounding of Souza? We’ll wait and see. People will claim “it’s not the same,” which is true. … Potter was under far more pressure than Baldwin.