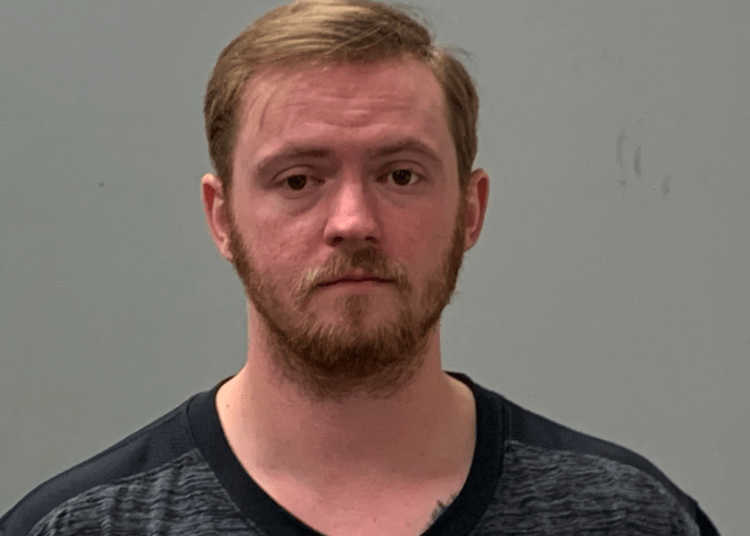 HUNTSVILLE, Ala. — An Alabama police officer has been charged with capital murder in connection to the Friday shooting death of his girlfriend, according to reports.

David McCoy, 28, of Madison, was arrested by agents with the Alabama State Bureau of Investigation. The SBI’s involvement was requested by the Huntsville Police Department, and SBI will handle the investigation moving forward after HPD handled the preliminary response, FOX 54 reported.

Huntsville police confirmed that McCoy is on administrative leave, but did not immediately provide further details.

The shooting occurred Friday on Lawsons Ridge Drive while McCoy was off-duty. Sources disclosed to the news organization that McCoy shot his unnamed girlfriend in the head and then called police to report the death. He reportedly told authorities the woman shot herself, FOX News reported.

The sources also said the unnamed female victim just disclosed details to McCoy that she was pregnant, according to FOX.

On Friday, Jan. 7, at the request of the Huntsville Police Department, Special Agents with the Alabama Law Enforcement Agency’s (ALEA) State Bureau of Investigation (SBI) responded to a death investigation at approximately 11 a.m. at Lawsons Ridge Drive in Huntsville.

SBI Special Agents arrested and officially charged David McCoy, 28, of Madison with Capital Murder. McCoy, who is an officer with the Huntsville Police Department, was off duty at the time of the incident.

Nothing further is available as the investigation is ongoing. Once complete, the findings will be turned over to the Madison County District Attorney’s Office. ALEA would like to thank the Huntsville Police Department for their cooperation throughout the investigation.

McCoy was booked at the Madison County Jail on the charge of capital murder and is being held without bond.