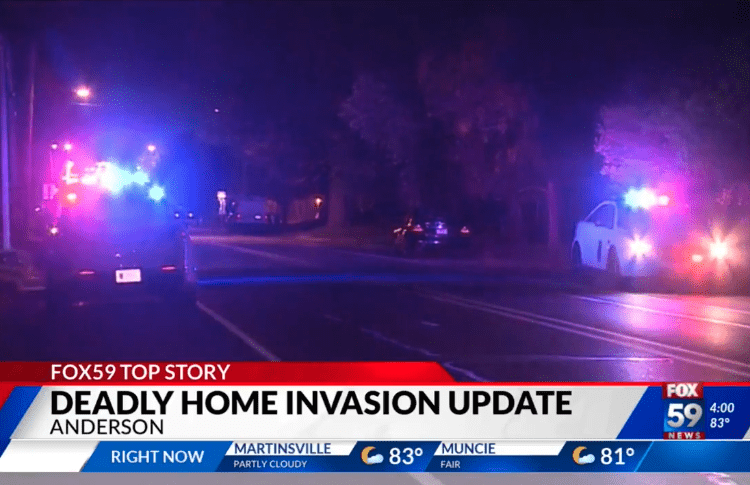 ANDERSON, Ind. — An Indiana woman fatally shot a suspect who kicked in her back door in the middle of the night, according to police.

The crime occurred in Anderson just before 1 a.m., when the female resident saw a male suspect putting the boot to her back door and enter the house, according to the Anderson Police Department.

As the perpetrator forced his way into the woman’s home, she rushed to her bedroom, retrieved a firearm and shot the suspect, according to the police report obtained by Fox News.

After she defended herself by shooting the intruder, the woman fled to safety at a neighbor’s home before police arrived at the location.

As responding officers cleared the victim’s house, they found the deceased suspect near the woman’s upstairs bedroom.

The Madison County coroner said the suspect was a 37-year-old man, Fox 59 reported. Authorities are not releasing additional information until his relatives are notified.

According to prosecutors, home surveillance cameras confirmed the suspect forced his way into the woman’s home.

“Neighbors had videos of him parking in front of the residence and looking through windows, ultimately breaking through the door and pulling a weapon out,” said Madison County Prosecutor Rodney Cummings.

Furthermore, Cummings said the suspect could also be heard on video asking for money and pretending to be law enforcement.

“There was audio, and you could hear what he was saying inside. He said, ‘It’s the police.’ He was claiming to be police officer, but he had a mask on,” said Cummings.

Neighbor Anthony Alfarano said the woman was justified in defending her home and her children, Fox 59 reported.

“Self protection is your right in your home,” said Alfarano.

The case is currently under investigation and police will release additional information on the matter as it becomes available.