Akron officers involved in fatal shooting of Jayland Walker have bounties on their heads, chief says 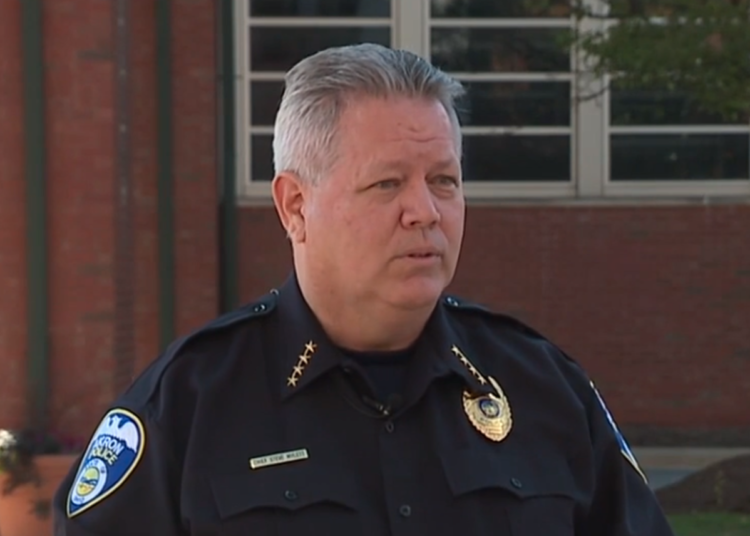 AKRON, Ohio – Officers who fatally shot Jayland Walker have bounties on their heads, said Akron Police Chief Steve Mylett. The chief was responding to a reporter Wednesday who asked why the names of the involved officers have not been made public following the June 27 incident.

According to Mylett, the city has a long history of not providing names of police personnel involved in shootings. Moreover, the department has a responsibility to protect the community, including officers and their families, he said, the Post Millennial reported.

The chain of events leading to the deadly shooting began in the early morning hours after officers tried to stop Walker on a traffic violation, but he failed to yield, leading police on a chase, Mylett said in the immediate aftermath of the shooting.

Less than a minute into the pursuit the sound of a shot was heard from the car and a transportation department camera captured what appeared to be a muzzle flash coming from the vehicle.

Consequently, Mylett emphasized the gunfire changed the nature of the case from “a routine traffic stop to now a public safety issue.”

A few minutes after the weapon was discharged, Walker’s vehicle slowed and he jumped out of the car as it continued rolling, police said. As he leaped from the moving vehicle he was wearing a ski mask while running from pursuing officers, Law Officer reported.

According to authorities, officers fired after fearing Walker was preparing to fire at them, Fox News reported.

Ahead of the Akron pursuit, an officer in nearby New Franklin Township attempted to stop a car believed to be Walker’s for the same equipment violations that led to the Akron chase. A police supervisor called off the pursuit when the driver crossed the township border into Akron, the Daily Mail reported.

Akron has been the site of daily anti-police protests since the release of the footage. There’s a curfew between 11 p.m. to 5 a.m. as officials warn that there is a roving caravan targeting the city.