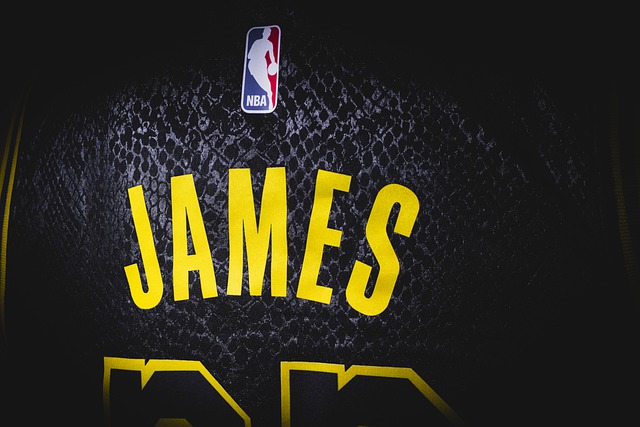 NBA star LeBron James has received negative press in recent years over controversial remarks that he has made about policing, including last week when he targeted a police officer on social media who saved a black girl from being stabbed.

Amid intense backlash to his tweet targeting the police officer — including an Ohio bar owner who called on his expulsion from the NBA — James quickly deleted the post. However, he still has not issued a public apology to the officer.

As a result of his arrogance and ignorance, he’s been mocked by many, including police officers who’ve used satire to send a message, Law Officer reported.

However, a review of James’ past statements and actions indicates that he had a different relationship with law enforcement during the early days of his career compared to his current militant views toward police, which are often negative and hostile.

The Daily Wire chronicled seven moments from James’ past that appear to show a different relationship with law enforcement:

1. August 2013 — Received a special escort from police officers to a concert.

“They treat us so well!” James wrote on Instagram with a video showing him receiving the escort. “Needed it cause traffic was nuts!!”

“The Miami-Dade Police Department says its officers violated policy by providing Miami Heat star LeBron James a police escort through heavy traffic to get to a Justin Timberlake/Jay-Z concert,” CBS News reported. “James posted a video before the concert at Sun Life Stadium saying he was following a police escort on the wrong side of the street.”

2. July 2008 — Made a generous donation to a local Ohio police department.

“Akron’s police department is getting some new wheels, courtesy of Cleveland Cavaliers superstar LeBron James,” according to the Times Reporter. “He’s making a donation to the force of 10 bicycles used last month in his annual ‘King for Kids’ bike-a-thon fund-raiser. The Cannondale brand bikes have James’ name emblazoned on them. They’ll be outfitted with disc brakes, shocks, lights and sirens so they can be used by police for patrolling.”

“In a televised spectacle Thursday night that was equal parts hype and hagiography, LeBron James, the 25-year-old NBA star whose contract with the Cleveland Cavaliers expired last Thursday, announced that he had decided to join another basketball team, the Miami Heat,” The Wall Street Journal reported at the time. “Mr. James’s management company paid 19 Greenwich police officers $60 an hour apiece to provide security.”

In 2014, James decided to leave the Miami Heat and return to the Cleveland Cavaliers and received an increase in police presence at his home from the Akron Police Department, according to Business Insider.

To be more precise, no less than five police officers at LeBron James home. They were told to expect a 3:30 ET announcement.

“Los Angeles Lakers forward LeBron James has reportedly taken steps to secure his Southern California home following news it was targeted by burglars,” TMZ reported. “James hired at least 10 armed security personnel, some of which are off-duty police officers, to patrol his house.”

6. February 2015 — Tells his sons to be respectful to police officers and to do what they say.

Contrary to his public remarks, which often potentially increase tensions between the black community and police, James has told his sons to obey law enforcement and let them do their job.

“The talk is, ‘You be respectful, you do what’s asked and you let them do their job, and we’ll take care of the rest after. You don’t have to boast and brag and automatically think it’s us against the police,’” James said. “I’ve had one or two encounters with the police in my life that were nothing. But sometimes you just got to shut up. It’s that simple. Just be quiet and let them do their job and go on about your life and hopefully things go well.”

Contrary to his remarks last week, which blew up in his face, James has not always commented on police-involved shootings when he did not know enough to make informed remarks. Rice, 12, was shot and killed when police responded to a call of a person with a gun near a recreation center. When police arrived, Rice pulled out a toy gun that looked like a real gun and was shot.

Left-wing activists tried to pressure James into sitting out games to protest a grand jury’s decision to not charge the officer who shot rice, Daily Wire reported.

“For me, I’ve always been a guy who’s took pride in knowledge of every situation that I’ve ever spoke on,” James said. “And to be honest, I haven’t really been on top of this issue. So it’s hard for me to comment.”

“I understand that any lives that (are) lost, what we want more than anything is prayer and the best for the family, for anyone,” he continued. “But for me to comment on the situation, I don’t have enough knowledge about it.”