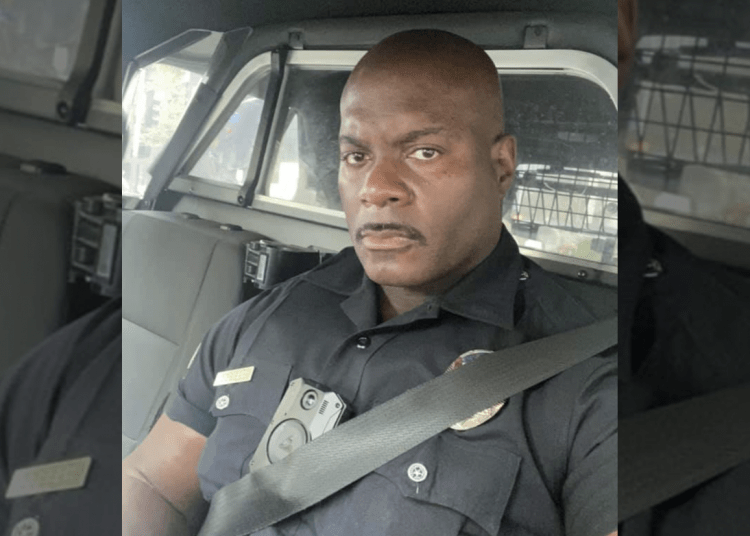 LOS ANGELES — A black Los Angeles police officer who has worked in the city’s Skid Row area for two decades invited LeBron James to have a discussion about policing following a much-criticized tweet from the Lakers star related to the fatal police shooting of a teenage girl.

Deon Joseph, a 24-year veteran of the LAPD, posted a letter to his Facebook page Sunday addressed to James where he called his stance on policing “off base and extreme,” Fox News reported.

James came under fire last week after tweeting an image of a Columbus, Ohio police officer following the shooting of Ma’Khia Bryant, who was shot by an officer as she was attacking another teen with a knife, Law Officer reported.

I am not going to come at you from a place of hatred. There will be no name calling. I was raised to see…

The incident occurred minutes before a Minneapolis, Minn., jury convicted Derek Chauvin in the death of George Floyd.

“YOU’RE NEXT #ACCOUNTABILITY,” James tweeted with the officer’s image.

He later deleted the post, saying it was being used to “create more hate.”

“Your tweet that targeted a police officer in Ohio who saved a young woman’s life was irresponsible and disturbing,” Joseph wrote. “It showed a complete lack of understanding of the challenge of our job in the heat of a moment. You basically put a target on the back of a human being who had to make a split second decision to save a life from a deadly attack.”

“Instead of apologizing, you deflected,” he added. “You said you took your tweet down because you did not want it to be used for hate, when the tweet itself was the embodiment of hatred, rooted in a lack of understanding of the danger of the situation.”

Joseph acknowledged that, like James, he is also tired of black people dying and hates racism and police brutality.

“But you cannot paint 800,000 men and women who are of all races, faiths, sexual orientations and are also mothers, fathers, sons, daughters, preachers, coaches, community members and just human with such a broad and destructive brush,” he said.

“Unlike some who have dug their heals in the belief that police are inherently evil, I think if you yourself actually sat down and had a real honest and open conversation with a cop, there is a strong chance you may discover we are not the monsters you have come to believe we are, who deserve the hate and distain you have,” Joseph continued.

He said that police officers and communities must come together to “build bridges to save lives on all sides.”

“The offer is on the table Lebron. No cameras. No fanfare,” Joseph said. “Just two men who care talking. I know it’s a long shot. But this division and hatred must stop.”

At the end of the letter, he thanked James for the positive things he’s done.

Joseph has worked in Los Angeles’ Skid Row area and with its homeless population for 20 years, FOX Los Angeles reported. The area is the epicenter of the region’s homelessness crisis and is plagued by tent encampments, crime and drug use.

Recently, HGTV Home Makeover renovated Joseph’s home in Long Beach that he shares with his wife and three sons, the news station reported.

“A hard-working police officer and his family are committed to a life dedicated to service, but have neglected their own home in the process,” HGTV said on its website. “To give back, this ordinary ranch home is renovated into a modern beach resort-like retreat.”

UPDATE: Deon Joseph explained why he wrote the letter. “I was LeBron James before I became a police officer,” he said. Read more.