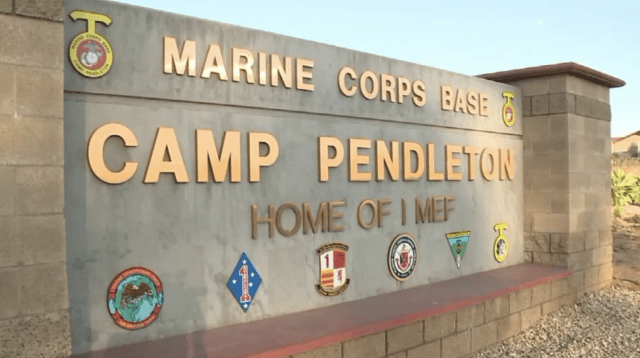 “That includes around 800 Marines. At that time, NCIS came to the area and pulled those 16 Marines out and they were arrested at that point,” said Maj. Kendra Motz, according to Fox 5.

Officials with the 1st Marine Division of the U.S. Marine Corps referred to the situation as “mass arrests,” NBC San Diego reported.

The news comes after two Camp Pendleton Marines were arrested on July 3 on suspicion of illegally smuggling people into the country for money. In that case, the two Marines were pulled over near the border with three undocumented immigrants in the backseat.

“As those investigations were ongoing, they identified the identities of these 16 Marines as potentially being associated with or connected with those particular allegations for first two Marines,” said Motz.

The Marines were all E-2 to E-4 in rank military officials said.

NBC 7 first reported the news that two Camp Pendleton-based Marines were arrested earlier this month and accused of transporting undocumented immigrants along the U.S.-Mexico border near Tecate.

According to a federal complaint obtained by NBC 7, the undocumented immigrants told border agents they had agreed to pay the Marines $8,000 to take them north from the border to Los Angeles, eventually intending to head to New Jersey.

A USMC spokeperson said the arrested Marines could be charged in military court or federal court. None of the Marines in question served in support of the Southewest Border Support mission.

Moreover, an additional eight Marines were taken aside and questioned on alleged drug offenses but officials say that investigation is not related to today’s arrests.

The base, located on the coast near Oceanside, California, north of San Diego, also hosts thousands of Marine reservists for annual training on its firing ranges, Urban Terrain facilities and training areas.