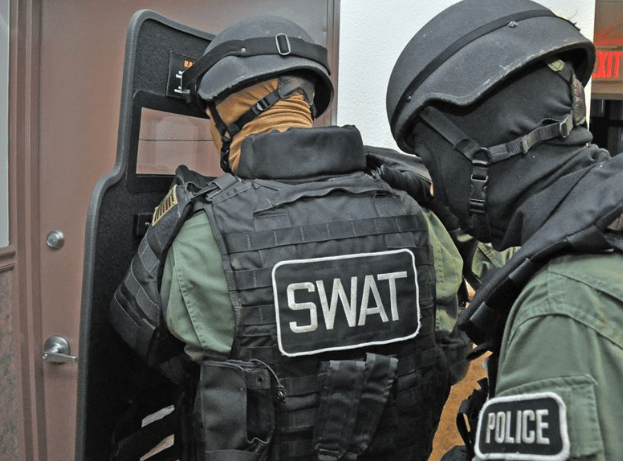 Ten members of a SWAT Team city quit their unit this week, concerned about “today’s political climate” and its impact on their jobs.

In a letter, the officers in Hallandale Beach and Broward County (FL), complained of being “minimally equipped, under trained and often times restrained” in performing their duties, WSVN-TV reported.

Fox News reports that the officers wrote that they were concerned that city officials were “placing the safety of dogs over the safety of team members.”

The letter and resignations came as police officers across the U.S. were facing a high level of scrutiny and criticism along with the defund and disband movement making it’s way across America. 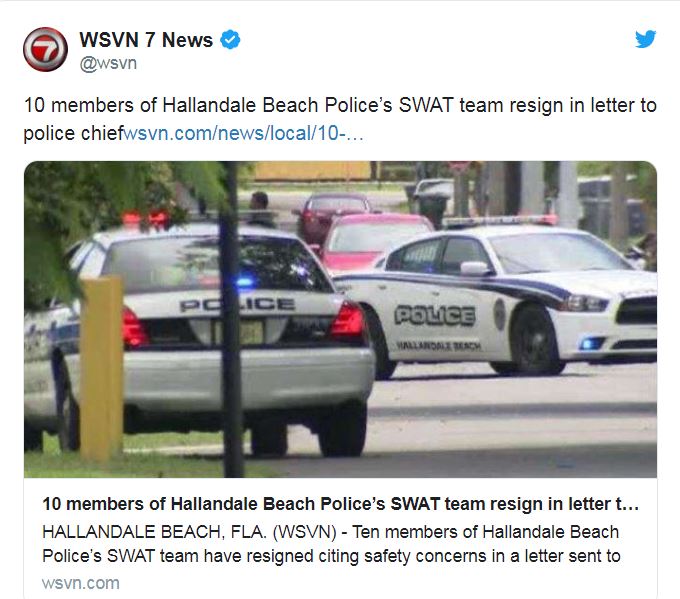 n Hallandale Beach, the officers signing the letter to police Chief Sonia Quinones write that they feel unsupported by the city’s leadership – as well as the command staff of the city’s police department.

“Until these conditions and sentiments are rectified and addressed,” the officers write, “we cannot safely, effectively and in good faith carry out duties in this capacity without putting ourselves and our families at this needless increased level of risk.”

The actions by the Florida Officers are not unique.

Less than 24 hours after a 75-year-old man was pushed to the ground outside City Hall by members of the Buffalo Police Department’s Emergency Response Team all 57 members of the team resigned from the unit.

The incident that precipitated the resignations drew attention around the world on social media and from traditional media outlets and renewed calls for reform in the Buffalo Police Department. The Erie County District Attorney’s Office is investigating the incident and Gov. Andrew M. Cuomo condemned it.

The Emergency Response Team members work in that capacity on a part time basis and have not quit the police department.

Share and speak up for justice, law & order...
Tags: floridaNewsswat