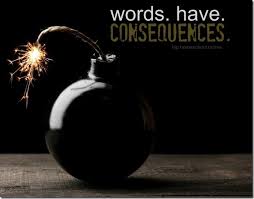 As a police officer, I took a vow to be willing to lay my life down for others.  It is not in the actual oath “I will die for others” but it is clearly understood by those who choose this profession.  But being willing to lay down my life always meant that I, and my brothers and sisters of the blue line, would be willing to stand in the gap for those we serve.  And that story repeats itself over again and again.  Think back to the Dallas shootings this year, police officers protecting and lying on top of those who just minutes previously had been protesting those warriors who took that oath.

Just a week ago a Gallup poll showed that 76 percent of Americans have a great deal of respect for police.  That is up from 64 percent just last year.  But that is not the narrative from most of the media, politicians looking for votes, the Obama administration and leftist groups like BLM have found a way to blame the police for almost any use of force incident which police officers find themselves involved in.  Never mind that 17 people died in Chicago in the last weekend of October, the deadliest weekend of 2016, and that the total killed this year rose to 614.  Those deaths were not at the hand of police officers.  In Chicago, 75 percent of the murdered are black and 71 percent of the murderers are black, that means that in Chicago alone this year more blacks have been killed at the hands of blacks than the total of all blacks killed at the hand of ANY police officer last year.  This is not the narrative that is pushed by these groups.  The narrative pushed is that ALL police officers are biased and that officers purposefully and with deep hatred hunt down black people just to kill them.  This is senseless nonsense and unsupported by data.  The American people have not been fooled as we can see by the Gallup poll.

But words have consequences.

The people who are pushing the message that law enforcement is systematically racist have created a deadly environment for police officers.  They manipulate statistics to create people who feel like victims and inflame emotions to incite anger.

There are many reasons that some people buy into a bad narrative.  Some have been told for years that nothing is there fault.  Days, years and decades of being told that you are pulled over, you are arrested, you are questioned or searched because you are a victim creates a victim mentality in people.  In his book The Myth of the Out of Character Crime, Stanton Samenow states, “Victim mentality is primarily learned, for example, from family members and situations during childhood. Similarly, criminals often engage in victim thinking, believing themselves to be blameless and engaging in crime only as a reaction to external pressures and furthermore believing that police are unfairly singling them out for persecution.”  There are some who are just looking for someone to blame because they refuse to accept responsibility for their behavior, like the drunk who blames the officer who pulled him over for ruining his life instead of thanking him for saving it.  Words have power.  Buddha is quoted as saying, “Whatever words we utter should be chosen with care for people will hear them and be influenced by them for good or ill.”

Now repeatedly play partial videos of complex events, blame the police for events without knowing the facts or the law, encourage protests by anarchists and dehumanize the police and you have created an enemy.  Now it is easy to attack an enemy and the police are under attack by those who have bought into this lie of police bias and discrimination.

In conflict management, which the media pushes for but does not follow, we learn not to use inflammatory words and to try to de-escalate situations so that the situation can be resolved without causing harm or injury to others.

A couple years ago I wrote an article to encourage the media to come and play on our playground by having them attend scenario based use of force training which has proven to be beneficial in those who have done so.  Today I am encouraging the media to attend some conflict management classes and learn that the things they say incite some to senseless violence.  May we use the pen to explain, heal and build, not to destroy.