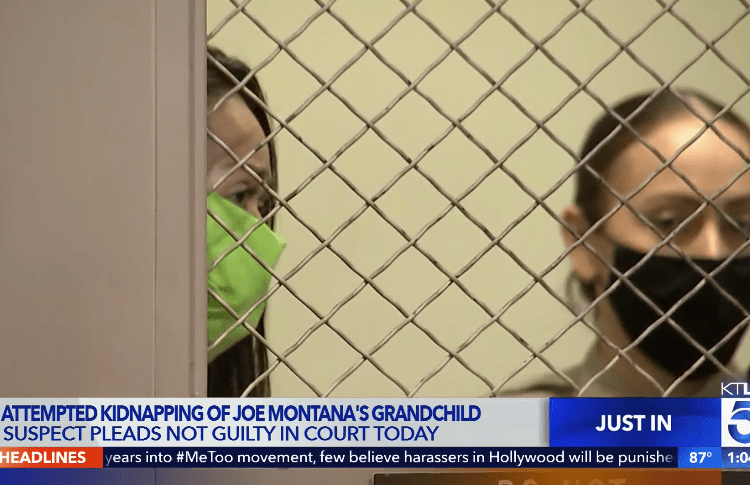 VAN NUYS, Calif. — A woman accused of entering NFL great Joe Montana’s Malibu home over the weekend and trying to kidnap his grandchild has been charged.

Sodsai Dalzel, 39, faces one count each of attempting to kidnap a child under 14, and first-degree burglary with a person present, according to the criminal complaint from the Los Angeles County District Attorney’s Office.

She pleaded not guilty during a court appearance Tuesday and her bail was set at $200,000, KTLA reported.

The incident unfolded Saturday afternoon when Dalzel reportedly took the 9-month old child from a playpen in the living room before walking upstairs where Montana and his wife confronted her, L.A. County sheriff’s officials said at the time.

The pair apparently tried to de-escalate the situation and asked for the baby back, but a tussle ensued.

The suspect then ran to a nearby house, where she was found and arrested by deputies who Montana had flagged down for help.

The child was not hurt, officials said.

The San Francisco 49er’s legend tweeted about the incident Sunday afternoon, calling it a “scary situation,” and added that “everybody is doing well.”

Thank you to everyone who has reached out. Scary situation, but thankful that everybody is doing well. We appreciate respect for our privacy at this time.