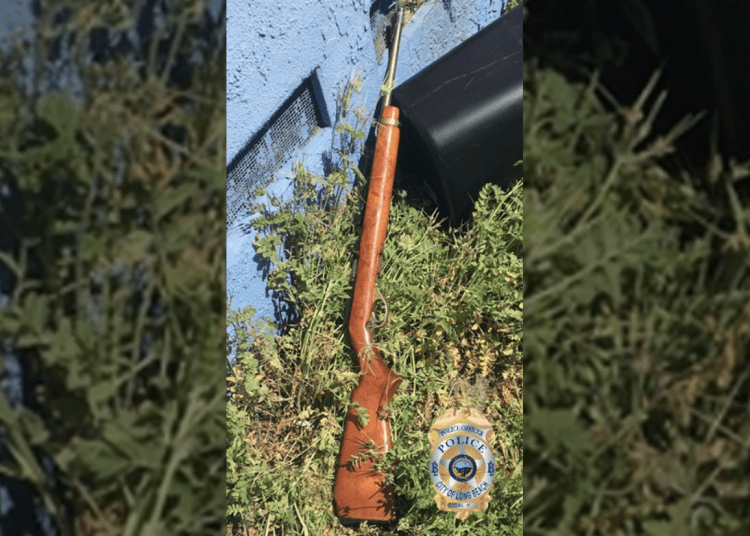 LONG BEACH, Calif. — A woman who was reportedly armed with a rifle was fatally shot by police in Long Beach early Friday. Authorities then found a man with a laceration on his neck dead inside a home where the woman had been shot.

About 5:15 a.m., Long Beach police and fire departments responded to the 2800 block of Golden Avenue regarding a call about a man who appeared to be having a heart attack and a woman who was threatening suicide, KTLA reported.

When officers arrived at the residence, they discovered a large amount of blood in the home and were confronted by a woman with a rifle prior to locating the male victim, Long Beach Police Department said in a press statement.

Officers retreated from the home, set up a perimeter and tried to deescalate the situation.

The officers tried to communicate with the woman get her out of the home and surrender, but she did not respond, police said.

The woman eventually came outside the house, where officers kept trying to communicate with her.

“The officers said they saw the woman point a rifle at them. That’s when an officer-involved shooting occurred,” police said in the news release.

The woman was shot and declared dead at the scene, and officers re-entered the home.

There they found a man on the bedroom floor with a serious laceration to his neck, and he too was pronounced dead. Officials do not know how he was wounded.

Investigators believe the unidentified man and the woman knew each other, but it is unknown what led to the man being wounded.

No officers were injured during the shooting and a rifle was recovered at the scene, KTLA reported.

No further details about the incident were released.