At least a dozen homes and one vehicle were damaged by fire; a suspect has been arrested 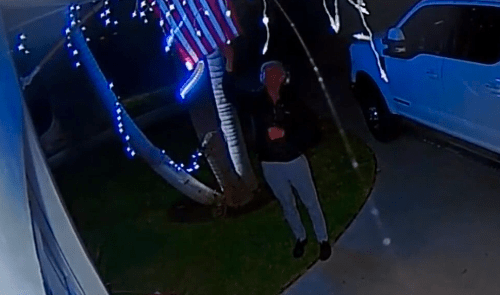 LONG BEACH, Calif. – A suspect was taken into custody Thursday, accused of setting fire to U.S. and military flags that were hanging on the porches of homes in Long Beach, which resulted in damage to a dozen residences and one vehicle that became fully engulfed in flames.

The Long Beach Fire Department was first dispatched about 3:30 a.m. on Thursday to a reported vehicle fire in the 2800 block of Iroquois Avenue, said Capt. Jack Crabtree of the Long Beach Police Department, according to FOX 11 Los Angeles.

“We got on scene and calls came in of exterior fires on the same block,” Crabtree said. “Multiple homes had exterior fires that were burning. Some were out before we arrived.”

One of the burning flags at a home on Iroquois Avenue fell onto a BMW soft top convertible, which set the vehicle ablaze and nearly ignited two homes before it was extinguished, according to a reporter for FOX 11. 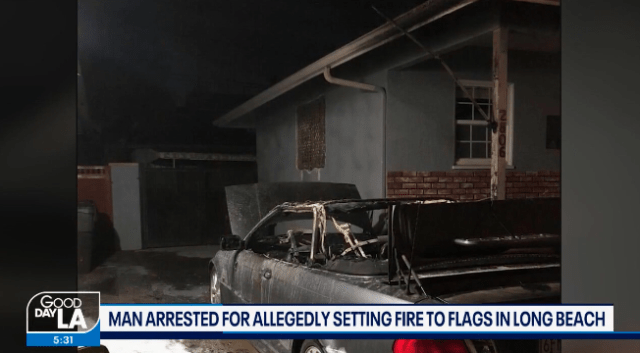 Local residents came together sharing video and tips with police and fire investigators. One of the victims recognized the suspect, who was arrested about 4 p.m., police said.

It was not immediately clear how many flags were burned and authorities have yet to release the name of the suspect or where he was arrested.

The FOX 11 reporter said both American and military flags were torched while others including sports flags were left untouched. One resident told the news outlet that he believed the suspect was possibly targeting military families who live in the neighborhood.

The Long Beach Police Department is asking anyone with information about the crimes to call them at 562-570-7244.