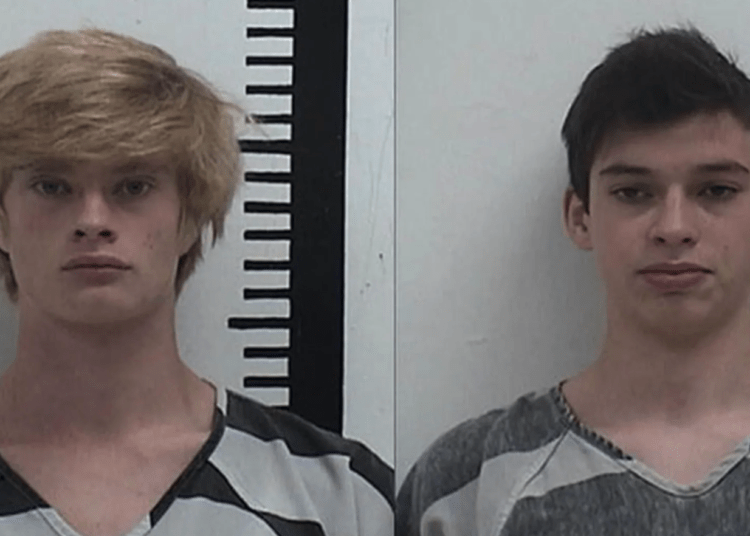 Jeremy Goodale, left, and Willard Miller, both 16, have been charged with first-degree murder in the death of Nohema Graber. (Jefferson County Sheriff's Office)

Jeremy Goodale and Willard Miller, both 16, are charged as adults with first-degree murder in the brutal killing of Nohema Graber, 66, a woman who taught them Spanish at Fairfield High School, the New York Post reported.

Graber’s battered body was found Nov. 2 “under a tarp, a wheelbarrow and railroad ties” at Chautauqua Park in Fairfield, a location that she frequently visited. She also sustained “trauma to the head,” Law Officer reported when the teens were initially charged in November.

The details were outlined in a search warrant unsealed Tuesday. Both defendants still await hearings on whether they should be tried as adults in the case.

Of particular note in the unsealed search warrant is that detectives focused on the teens when a friend turned over Goodale’s Snapchat messages showing the two “were involved in the planning, execution, and disposal of evidence” in the grisly homicide.

Goodale reportedly described how he and Miller surveilled Graber, followed her and killed her with a bat. He also noted where they hid her body and how they disposed of evidence, the newly released documents allege, according to Fox News.

Furthermore, law enforcement authorities conducted a search at their homes and discovered clothing with apparent bloodstains. The clothing also matched a description provided to detectives.

A motive for the brutal murder hasn’t been disclosed.

Miller’s hearing on whether he should be tried as an adult was delayed as the judge needs to rule on evidence before the case can proceed.

Goodale’s hearing is set for Thursday, according to the Associated Press.

Fairfield is about 95 miles southwest of Des Moines.