Wife of officer shot in the head: ‘When do we start holding people accountable?’

Arik Matson, a Waseca police officer, was shot in the head in January 2020, leading to a traumatic brain injury that he continues to recover from today. This week on "Liz Collin Reports," his wife, Megan, sat down to discuss their journey. 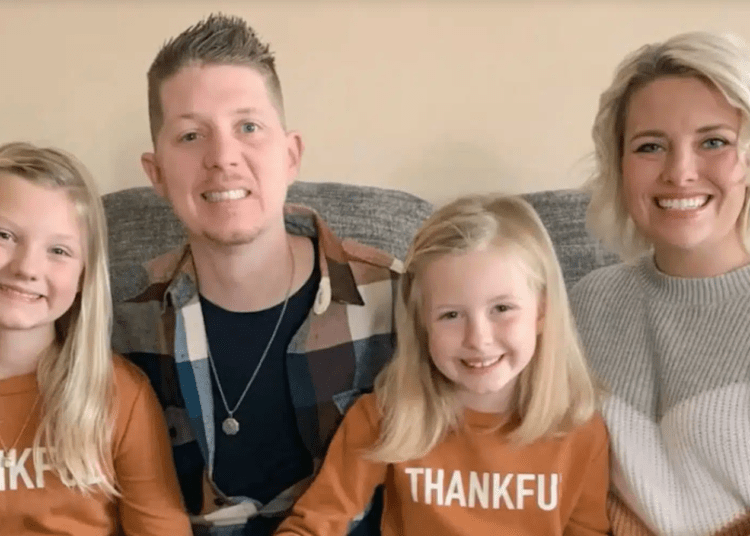 Three years ago, a police officer suffered a gunshot wound to the head while on duty, miraculously surviving and changing his family’s life forever. This week on “Liz Collin Reports,” his wife, Megan, sat down to discuss their journey and advocacy for law enforcement officers.

Arik Matson, a Waseca police officer at the time, was shot in the head in January of 2020, leading to a traumatic brain injury that he continues to recover from today.

Megan recounted the day her husband was shot. He had picked up an overtime shift and would’ve been off at 10 p.m. She remembers that it was a “normal Monday” and she was busy with their two young daughters. It dawned on her later in the evening that Arik hadn’t called to say goodnight to the girls, which he usually did if he was going to be home late.

Shortly after she fell asleep, a knock at the door awoke her.

“There stood a DNR officer, a state trooper and investigator, and one of our good friends. And they told me Arik had been shot,” she said. “And ‘hustle, hustle, we need to go.’”

She was driven to the Waseca airport and flown to North Memorial Hospital.

“I always say I regret taking a photo … of all of the squad cars that were circling North Memorial, and I knew right then and there that this was real, this was serious,” she said.

It wasn’t until she was with the surgeon that she was told Arik had been shot in the head.

“I instantly went into panic mode,” she said. She assumed Arik would be unrecognizable but was relieved when she was able to see him, albeit hooked up to several machines, looking like he would make it.

The surgery that should’ve been three hours ended up being five, and Megan was in the waiting room the entire time with about 150 people, she said — law enforcement officers, friends, and family.

Now they are doing “really well,” Megan said. Their two daughters keep them busy, and Arik has been training with his nurse to go on a hunting trip to Alaska, made possible by Hometown Hero Outdoors.

“He’s not going to be able to use a wheelchair,” Megan said, so he has been preparing to keep up his strength, “to be able to climb around the rocks, stand for long periods of time.”

She said starting therapy has been “a huge, huge life-altering experience” for her, and for Arik as well.

She is no longer “in survival mode” and has learned coping mechanisms to deal with trauma.

“My advice if I could give any to anybody who is struggling or grieving on any level, is go get the help, because you need those coping mechanisms,” Megan shared.

The man who shot Arik is currently serving 35 years in prison.

While she was working on the bill, Megan received tons of messages in support, mostly from spouses of police officers, who wanted to see a change in how felons are prosecuted in Minnesota.

“When do we start holding these people accountable? We have to take action at the Capitol,” Megan said.

“I hope to be able to keep making changes here in the state of Minnesota because I feel like that is my and Arik’s way of saying thank you to all the law enforcement officers,” she said.