The case is described as a 'fecal assault' 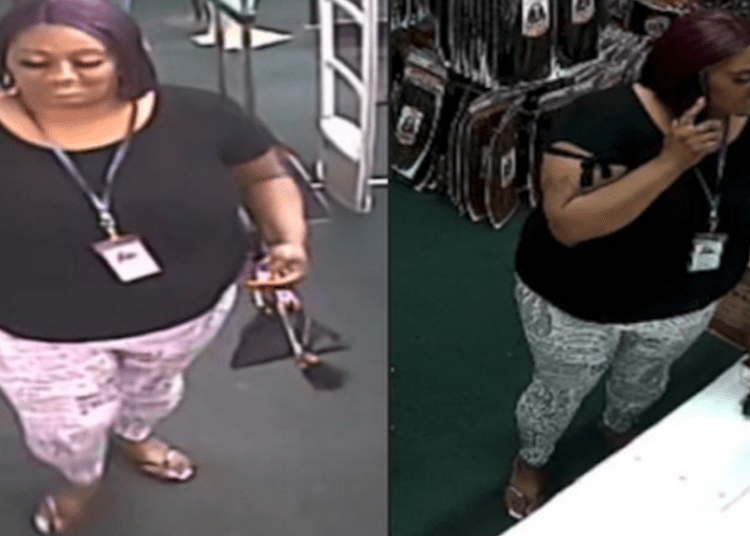 WICHITA, Kan. – The Wichita Police Department launched a criminal investigation after a woman reportedly took a crap all over eight wigs at a beauty supply store.

“Police, who aren’t releasing the surveillance video evidence, say a woman entered the store on May 10 and took a dump right in the middle of an aisle which absolutely destroyed the wigs and now the store management wants this woman to pay up for the damage,” Outkick reported.

“Wichita, we need your help with a… unique case.

“We’re trying to identify the pictured female, who on May 10th entered a Beauty Supply store in the 2200 block of E. 21st Street and defecated in the middle of the aisle.

“Yes, you read that right.

“The defecation was significant enough that 8 wigs were destroyed as a result, and the business would like to know who the poopetrator is so they can pursue criminal charges. The incident was captured on video surveillance, but for the good of all of you we are not posting the footage of the offending fecal assault.”

WPD apparently got plenty of help identifying the “poopetrator” and discovered that America is filled with comedians in the process.

Police responded, “We’ve already confirmed that this is NOT Amber Heard so please stop calling and emailing that info! Thanks!”

Wichita police did not provide the identity of the suspect and it’s unclear what is happening with the case. Perhaps they’ll tell us once they finish the paperwork! … Ba-dum-bump!