Who Stands for the Truth – Where is the Silent Majority 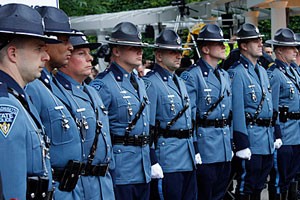 The world will not be destroyed by those who do evil, but by those who watch them without doing anything ― Albert Einstein.

It has been a few weeks since George Floyd died in police custody, but it seems like an eternity.  What I have seen defies my eyes.  The world has been turned upside down, evil is in charge and cowards have sold their souls.

I have been deeply disturbed by the people, including supposed police experts and administrators, who have weighed in on the guilt of the officers involved. What I saw looked terrible but as a use of force instructor I can tell you no use of force ever LOOKS good. I am disturbed not because I think they were right or wrong but because I simply do not know but neither do, they!  In police work we work on the principle of facts and not emotions.  So many times, in investigations, the emotions get tugged and you want to lean towards the pain only to find out later that the facts lead a different way.

I think of the Michael Brown case, you know “Hands up don’t shoot”.  It never happened!  The most investigated use of force case ever and the narrative never happened. Officer Darren Wilson did nothing wrong and many threw him under the bus in the beginning.  Eric Garner did not die of a choke hold, as purported by the media.  The Freddie Gray case led to charges against six officers.  All charges were eventually dropped when it was learned that exculpatory evidence about the origins of Gray’s injuries was not considered by the prosecutor for political purposes.

The narrative of excessive use of force and racism has been declared so long now that people have either weakened and refuse to defend the truth or they have begun to believe the lies.  Study after study concludes there is no evidence of widespread bias in police.  Regardless, police chiefs have kneeled, laid down and sold out their troops to appease the lies.  These cowardly acts have been and now will exacerbate the exodus from police ranks in addition to making it almost impossible to find anyone who wants to do the job.

Where do these problems exist?

These problems exist where crime exists.  I regularly read the media purport the truth by manipulating the facts.  Police respond to crime and arrest those who are believed to be committing those crimes.  I have never read a headline about how men are discriminated against by the criminal justice system.  Men are arrested at a rate of about three times the rate of women in all crime categories.  Why is this never challenged?  It is a well-accepted fact that men commit more crime, especially violent crime, than women.  But when it comes to race, I regularly read how Black or African Americans are arrested and incarcerated disproportionate to their representation in society.  Black or African Americans make up about 13% of the population.  With the above assumption that males commit more crime than females, let us assume that Black or African Americans males are about 7% of the population.  Black or African Americans males commit about 52% of the homicides according to the Department of Justice statistics.  Those same statistics show this same demographic commit about 54% of robberies and 42% of weapons violations.  This is a statistical anomaly which means that it occurs when something falls out of normal range for one group, but not because of being in that group.  Black or African Americans commit more crime by percentage of their representation in society.  Not just more crime but some of the most violent.  This would be where they intersect the police more often and where there would be more of a statistical likelihood of using force to effect arrest.

The fact is that police respond to calls where values are causative instead of race.  There are many reasons for the poor values that have caused this disparity in some communities and certainly something society ought to have a serious discussion about going forward.  America has made great strides in improving on past sins and certainly has a way to go but if we blame race instead of values we will never move toward a real solution.

Becoming a victim is a choice but it requires you to give up power.  Power over your life and decisions.  When you give up power, you give it to others.  Victim mentality rests on three things:

Other people or circumstances are to blame

Any efforts to create change will fail, so there is no point in trying

For years, many Black or African American have been told that everything that happens to them is because of race and many believe it today despite evidence to the contrary.  For the sake of argument, I will only offer that many offer a different perspective and refuse to accept being victims.  There is a choice.

In the last few weeks, law enforcement has been under attack.  The politicians have sold out their officers.  The media have lied about the events and blame police.  Citizens in many cities have call to defund departments.  Chiefs and administrators have left heroes hanging.  There is no reason for many to stay.

I know this is not the sentiment of most Americans.  Consistently Americans have polled that they believe that the Thin Blue Line has majestically stood between evil and good.  Where is the Silent Majority?  Where is the voice of those who back their police?  We cannot speak for ourselves any longer because the media, politicians and too many chiefs have failed us.  We do not want to fail you, but we can’t do it without you standing behind us. Now is the time for the Silent Majority of Americans who know the truth to stand up and back the Thin Blue Line, before the line is gone.