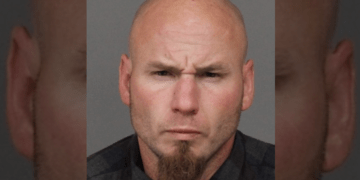 by Law Officer
in Investigations, News, Officer Down
2k 128
0 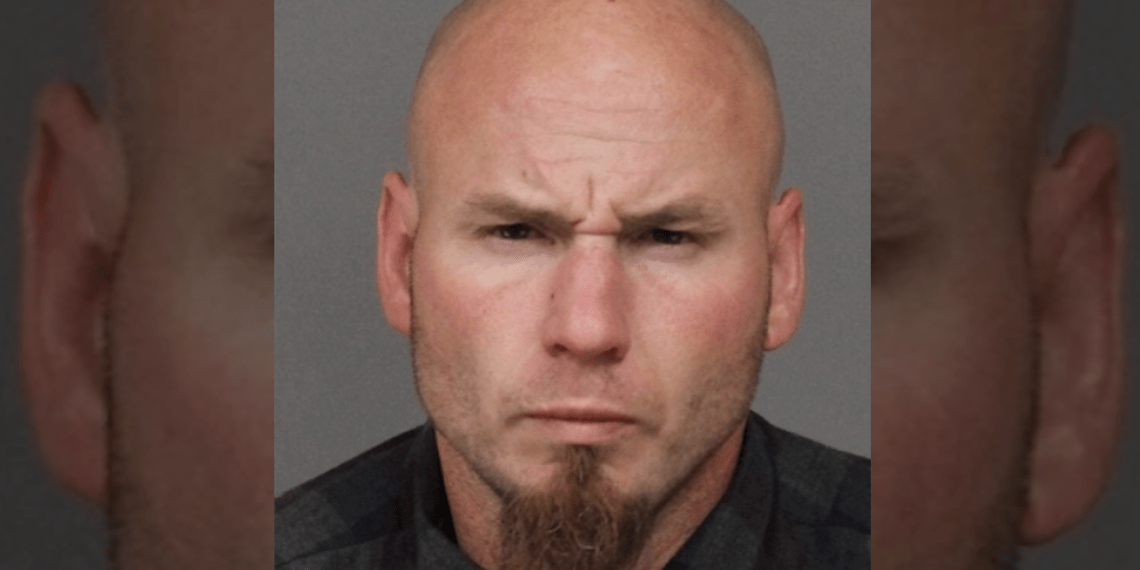 SAN LUIS OBISPO COUNTY, Calif. — The San Luis Obispo County Sheriff’s Office on Friday identified a man who died in a shootout with deputies as a member of a white supremacist gang. Moreover, they said the suspect died after he waited in ambush for police.

Christopher Michael Straub — 38 of Templeton, California — fled from law enforcement, hid in a nearby cemetery and shot at deputies on Thursday morning, according to a press release from the San Luis Obispo County Sheriff’s Office.

“The suspect fled into the cemetery, hid behind some thick shrubbery and ambushed the deputy as they got closer,” Sheriff Ian Parkinson said Thursday.

The incident occurred after a deputy recognized Straub’s vacant vehicle as belonging to a wanted felon and tried to stop the suspect, who was walking in the area, Parkinson said.

The shootout ended in Straub’s death as he returned to his vehicle — which was disabled — and attempted to get in it, presumably to retrieve loaded weapons stored there, Parkinson said.

Investigators located “four assault rifles, one bolt action hunting rifle, one shotgun, two handguns plus the handgun he used to shoot at deputies” in the vehicle, according to the sheriff’s office.

Straub was identified by the sheriff’s office as a member of a white supremacist gang on multiple occasions, but Parkinson declined to identify the gang, the San Luis Obispo Tribune reported.

After conducing a search warrant at his residence, investigators also discovered he was illegally manufacturing weapons parts.

Straub was booked into California jails more than two dozen times and was being investigated by the Sheriff’s Gang Task Force before Thursday’s incident, according to the San Luis Obispo County Sheriff’s Office.

Lehnhoff underwent surgery on Thursday and is recovering the sheriff’s office said.

Terry Thornton, spokeswoman for the California Department of Corrections and Rehabilitation, said Straub was sentenced in San Luis Obispo County in August 2008 to two years for receiving stolen property and writing checks with insufficient funds. He was paroled in June 2009, SanLuisObispo.com reported.

While out on parole, Straub was again sentenced in February 2010 to two years for possession of a firearm by an ex-felon and a one-year enhancement for having a new offense while out on parole.

He was admitted to state prison in February 2010 and paroled in March 2011.

While on parole, Straub was sentenced to one year, four months for manufacture, sale and possession of a weapon in San Luis Obispo County. He returned to prison in March 2012, Thornton said.

While imprisoned, Straub was convicted again in Kern County to serve three more years for a charge of assault by a prisoner with a deadly weapon or force likely to produce great bodily injury, in October 2012. It’s not clear who he assaulted.

Straub was released on parole in April 2014.

In March 2015, he was, again, arrested for theft of more than $400 from an elderly person, as well as being a felon in possession of a firearm. He pleaded no contest to the felony theft charge, and the latter count was dismissed.

San Luis Obispo County court records show Straub was ordered to be on mandatory supervision by the county Probation Department for eight years.

He would be arrested three more times in the next three months. In 2015, his parole was revoked in April and again in May, and in July, court records list a felony conviction for conspiracy to commit a crime. For that offense, he served two months of “county jail state prison” time.

“County jail state prison” sentence is a type of sentencing enacted by the California State Legislature under 2011’s AB 109, also known as state prison re-alignment. That court-mandated prison reform initiative sought to reduce the state’s prison population by sending lower-level offenders who would have served a prison sentence to instead serve that sentence in county jail.

Law enforcement officers in the state have viewed AB 109 as a joke since its’ inception, according to the managing editor at Law Officer who previously worked in California.