The Mayor Has Refused To Answer 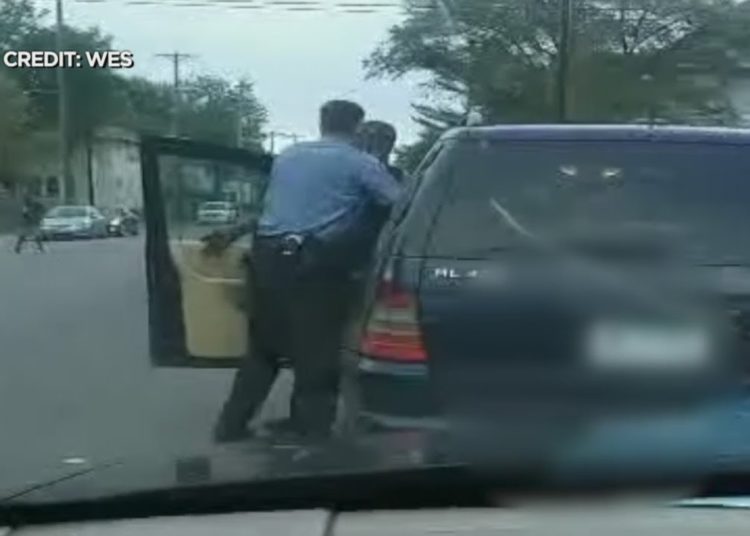 There hasn’t been a high profile police incident in the last 5 years where literally everyone hasn’t demanded to see the body camera footage immediately afterwards.

That is until George Floyd died with an encounter with the Minneapolis Police Department last week.

Now, some would say that we have all the video we need. Several videos taken by bystanders have appeared but oddly, not one body camera footage from one of the three Minneapolis Police Officers involved in the initial encounter have surfaced or even been demanded.

The fourth officer, from the Minnesota Park Police, had his video released from that agency with the following statement.

While we know that the basic sentiment of about 320 Million Americans right now is that they have seen all they need to see to form judgement, there are several important aspects of this incident that have not been answered that only the body camera footage can do.

But before we discuss those, ask yourself this. Do you really believe that if that body camera footage showed a compliant Floyd or cops doing wrong that there would be a hesitation to release it?

Police use of force must match that force that officers are facing but that is not why we need to see the video.

We know Floyd was initially combative because witnesses are heard in the background discussing that in the citizen videos that have been released but there is a much more important reason the body cameras need to be released.

The charging document that outlines the probable cause arrest for Officer Derek Chauvin mentions a discussion he had with another officer when they were on the ground on top of Floyd.

Chauvin said that he was concerned about “excited delirium” and they were going to stay on the ground.

Excited delirium, is a condition that is characterized by agitation, aggression, fear, panic, violence and hyperactivity along with “super strength” culminates with distress and sudden death.

While it wasn’t required to be included in the charging document to determine probable cause for arrest, this is how we know the body camera footage was reviewed. It is a nugget of information that led us searching for additional clues on what happened prior to the death of Mr. Floyd.

A huge piece in that puzzle is the body camera footage.

Imagine a scenario, that will be seen on video from the officer’s perspective, that they recognized the signs of excited delirium long before those brutal 8 minutes we all saw on video.

If the officers recognized it, discussed it and developed a plan to try to prevent the death, that will be present on body camera footage.

Why is that important you ask?

According to The American College of Emergency Physicians’ White Paper Report on Excited Delirium Syndrome, they recommend two specific responses by law enforcement if they observe signs of excited delirium.

Stating that “Deescalation does not have a high likelihood of changing outcomes significantly,” a subject suffering from this almost certain deadly condition must do the following:

This is a plausible reason why Floyd was initially placed in the police car and then removed and placed on the ground.

While almost everyone thinks that a white, black, Hispanic and Asian officer decided to remove a compliant Floyd from the car and murder him in front of dozens of witnesses recording them, there could be another reason.

If Floyd was in the car and continued to exhibit signs of excited delirium, their decision may have resided with doing the only thing that could have been done if they were going to prevent his death from excited delirium: Call Paramedics to administer Benzodiazepines and restrain him.

We know that paramedics were called prior to the officers placing him on the ground.

We know that Officer Chauvin discussed excited delirium but there is much we do not know.

That is why we asked Mayor Jacob Frey why he has not yet released the body camera footage.

The issue of the body camera footage shouldn’t be difficult. The viewing of that footage is standard practice for the officer, the attorney and the union representative prior to administrative actions including termination.

Except in Minneapolis, our sources tell us that the footage has been hidden from everyone.

No one, with the exception of the person or persons that wrote the charging document as evidenced from what the document says, has seen it.

While it is likely the mayor and police chief have reviewed it, it is odd that it has been hidden from everyone else?

We could only guess what the footage shows but if it bolstered what Mayor Frey has told the world about this incident, why is it so secretive?

One of our audience members and police officer, told us that he couldn’t wrap his mind around why they would remove Floyd from the car.

“Just take him to jail…leave the scene”, he said. That is until he considered excited delirium.

“It’s a death sentence if not immediately addressed,” he told us.

We agree and that is why the body camera footage is the key in this case.

Maybe it shows no signs of excited delirium and Chauvin noticed nothing close to the condition but then oddly mentioned his concern to the officers with him.

MINNEAPOLIS: THE HOME OF COWARDLY LEADERS

Or, the footage could clearly show and explain why the officers were so adamant on not letting Mr. Floyd up from the ground. They would know that the only way to help him, according to the scientific data, was to restrain him and introduce him to paramedics and their level of care.

For the sake of our country, we do not want to believe that this footage explains, in part, the actions of the officers because if it does and it has been purposely held back, we can’t imagine the fallout that will occur. That fallout will land on every individual that told the world what happened but conveniently left out a vital piece to that context.

Not to mention, it places the charge of murder in serious question.

According to the autopsy, Mr. Floyd had two specific drugs in his system, methamphetamine and fentanyl.

A narcotic that is 50 to 100 times stronger than heroin, fentanyl is associated with more drug overdoses than any other opioid but combined with methamphetamine, studies indicate that fentanyl has a higher chance of inducing fatal hyperthermia.

Hyperthermia has a direct correlation with excited delirium.

We do know that drug combination is a recipe for excited delirium but we do not know without body camera footage whether the officers on the scene had a reasonable belief that Mr. Floyd was suffering from it.

As far as we know, there has been no public pressure to see the footage.

The media seems to not care about it.

And as cities burn across America, call us intrigued as to why this is such a big secret.