If barriers are good to protect the inauguration, why not support them to secure the country? 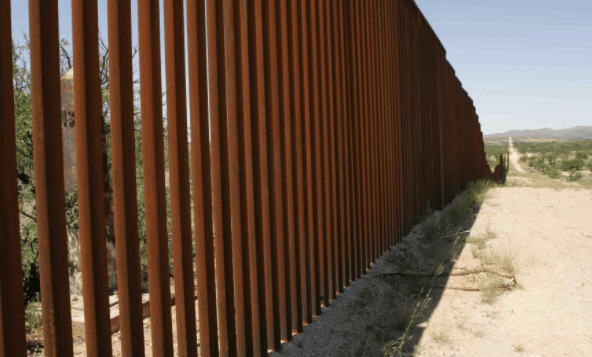 WASHINGTON — Although fencing has been erected all over Washington D.C. and the National Guard has been deployed in staggering numbers to protect President-elect Joe Biden and his inauguration, he plans “immediate termination” of funding for Trumps landmark border wall. The incoming president will sign 17 executive actions and orders in the first hours of his presidency on Wednesday, according to reports. One will be defunding the border wall.

The moves are expected to restore a number of Obama-era policies and reverse some of what the Biden team calls “the gravest damages” of the Trump administration.

As so it begins, law and order is passé, no longer a priority of the new administration by every meaningful measure known to the institution of law enforcement.

Biden is expected to sign the executive actions from the Oval Office on Wednesday afternoon after the inauguration, which is set to lay out a “forward-looking” vision for his presidency, Fox News reported.

“He wants to roll up his sleeves and get to work as quickly as possible,” incoming White House press secretary Jen Psaki said, adding that some of that work will be to overturn the actions of his predecessor, President Trump, to fulfill Biden’s goals of “moving the country forward.”

In his first actions as president, Biden is set to roll back and reverse a number of Trump’s policies and directives.

Biden will also sign an executive order that revokes Trump’s previous order, which directed aggressive immigration enforcement. The Biden team said that the move will allow for the Department of Homeland Security and other agencies to set “civil immigration enforcement policies that best protect the American people” and that are “in line with our values and priorities.”

“The Biden administration is going to have a very different approach to regional migration,” incoming White House national security adviser Jake Sullivan said, adding that there will be a “special emphasis” to address the “root causes of migration in the region.”

Sullivan added that Biden was “committed to rebuilding the nation’s asylum system.”