Officer Michael Chandler was murdered while conducting a welfare check 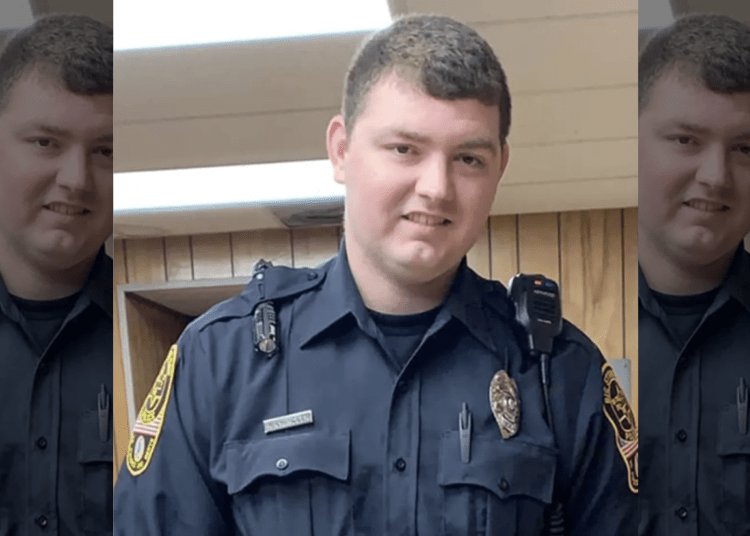 WISE COUNTY, Va. — A Virginia police officer was shot while performing a welfare check early Saturday morning. Sadly, he did not survive as he died later in the evening. It was his 29th birthday.

Officials said Big Stone Gap Police Officer Michael Chandler was contacted by a citizen who asked him to conduct a welfare check on an individual at a vacant home in the 2500 block of Orr Street about 4 a.m., WTVR reported.

A deputy of the Wise County Sheriff’s Office found Chandler critically wounded and unconscious in a ditch along the driveway at the residence. He was subsequently flown to the Johnson City Medical Center where he died hours later.

“His patrol car and another vehicle were both at the scene, but there was no other person at the scene,” Geller said.

Following the shooting, an “extensive” manhunt ensued and a 33-year-old suspect was captured about 8 p.m. The unnamed man from Big Stone Gap was taken into custody about 40 miles away at a Kingsport, Tennessee, motel, according to the news outlet.

The suspect was arrested without incident by Kingsport Police. He was not immediately identified by authorities, but is being held on probation violations out of South Carolina and Wise County, Virginia. Additional charges related to the officer’s murder are pending, WTVR reported.

“It is with a heavy heart that I must inform our community of the line of duty death of Officer Michael D. Chandler,” Big Stone Gap police Chief Stephen Hamm said in a statement, according to WDBJ. “His battle to survive today was truly miraculous. But, he succumbed to his injuries around 7:00 p.m. this evening at the hospital with his family at his side. Mike’s loss will be felt by our town and across all of Wise County. Not only did he serve as an officer with the Town of Big Stone Gap Police Department, but also as a volunteer with the Big Stone Gap Fire Department. Please keep his family in your prayers tonight, as this should have been a day to celebrate his 29th birthday – not a day to mourn his passing.”

Big Stone Gap is a town in southwest Virginia.