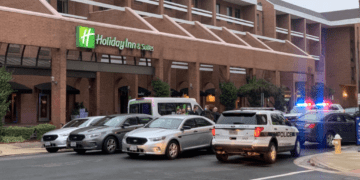 by Law Officer
in Investigations, News, Officer Down
419 13
0 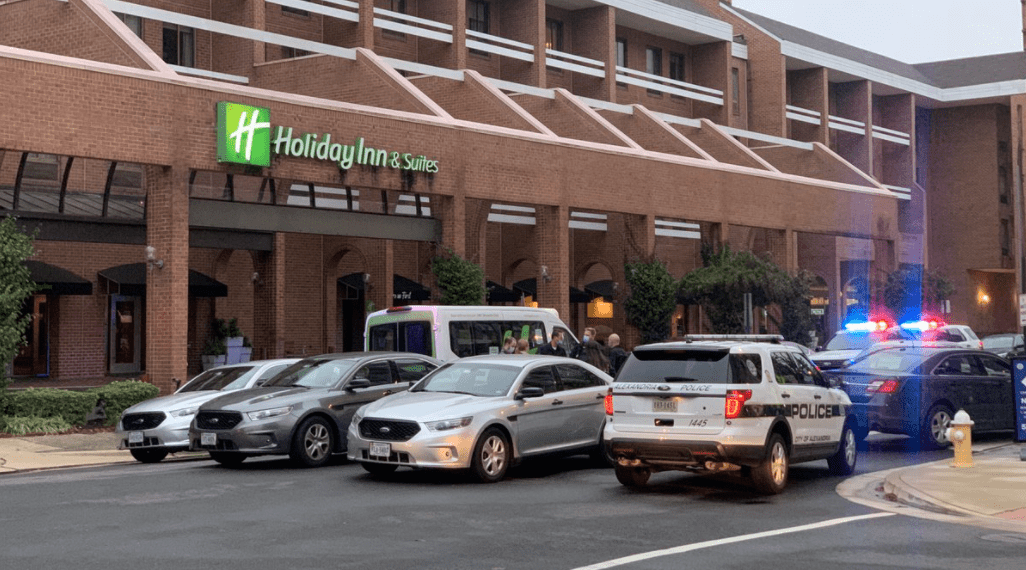 ALEXANDRIA, Va. — A Virginia police officer was shot and wounded early Monday after chasing after a robbery suspect who was killed in an exchange of gunfire with other officers, according to reports.

The incident unfolded around 5 a.m. after police were called to a Holiday Inn in Alexandria’s Old Town section for a report of gunfire, NBC 4 Washington reported. At the scene, police determined the gunshots were related to a robbery.

Law enforcement authorities said one of their officers was shot after chasing the robbery suspect on foot and exchanging gunfire with the individual.

UPDATE: police say a suspect has been found deceased after an exchange of gunfire at Montgomery and Fairfax Streets. The pursuit began with shots fired at the Holiday Inn on First St, a responding officer pursued

The officer was taken to a local hospital and reportedly in fair condition, according to the news organization.

Police ordered residents in the shooting’s vicinity to remain indoors with windows and doors locked as they searched for the suspect.

Lt. Courtney Ballantine said officers and a police K9 then tracked down the suspect to another location where “more shots were exchanged,” NBC 4 reported.

Officers waited a period of time and then found the suspect dead.

A suspect in connection with two shootings in North Old Town has been located, and there is no current threat to public safety. The Alexandria Police Department appreciates the community's support and assistance this morning.

It wasn’t immediately clear if the suspect was killed by police or died of a self-inflicted gunshot wound, Ballantine said. The investigation is ongoing and Virginia State Police are assisting.