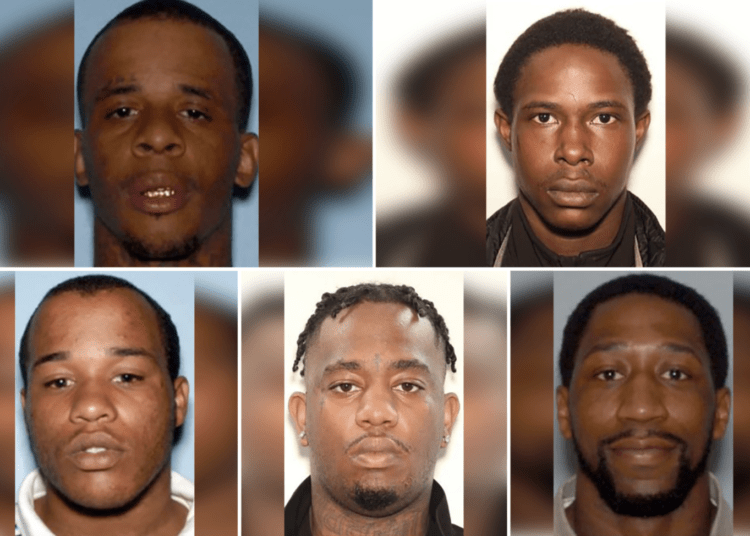 All five violent inmates who overpowered two guards in a coordinated escape from a jail in Georgia last week have been captured, authorities said Wednesday.

The daring escape happened late Friday at the Pulaski County Law Enforcement Center. Pulaski County Sheriff Danny Brannen told WMAZ-TV that only two jailers rather than the usual four were on duty that night because of staffing shortages.

All 5 inmates are now in custody. pic.twitter.com/uzJRKyyHbA

The inmates were supposed to be in lockdown when an one of them attacked a jailer who was talking to another inmate inside a cell shortly after 11 p.m. Friday, FOX5 Atlanta reported.

The inmates threatened to kill the guard and stole her car keys before attacking the second jailer, the sheriff said.

The custodial officers were not injured during the incident, FOX reported.

The two inmates then freed three cohorts from their cells before stealing two Tasers from the jail and driving away in the jailer’s personal vehicle.

Tyres Jackson was spotted Saturday night in Warner Robbins, a city located about 25 miles northwest of the jail facility, and taken into custody without incident during a felony traffic stop, Warner Robbins police said.

Later Sunday night, police and the U.S. Marshals Southeast Regional Task Force (SERFTF) served a search warrant on a home in the city and located Lewis Evans, who was taken into custody without incident.

On Tuesday, investigators tracked down Dennis Penix and Brandon Pooler and found them hiding in the back of a mobile home, John Edgar, deputy commander with the U.S. Marshals SERFTF, told WMAZ.

PULASKI COUNTY, Ga. — Five inmates with “violent criminal histories” made a successful jailbreak from a central Georgia lockup. Two of the escapees are accused of murder, authorities confirmed.

The men remained on the run late Saturday after breaking out of Pulaski County Jail Friday evening. They were last seen in a stolen 2015 Kia Sedona minivan, according to the Georgia Bureau of Investigation.

The group is also armed with two Tasers, GBI said, although further details regarding the escape were not immediately available.

Williams and Penix were both locked up on murder charges, WSB-TV.com reported.

Penix is accused of murdering a pair of men in what police said was a “drug deal gone bad.” Williams was jailed, facing charges of felony murder and a home invasion robbery that occurred in July 2020, according to WSB-TV.

Investigators said Jackson is charged with a series of vehicle burglaries, Evans is accused of obstructing an officer, and Pooler is facing charges of child cruelty.

According to the New York Post, GBI released mugshots of all five inmates and warned the public to call 911 and stay away from the men if anybody encountered them.