VIDEO: Taser deployed on man chased for 20 miles then non-compliant while armed with a knife 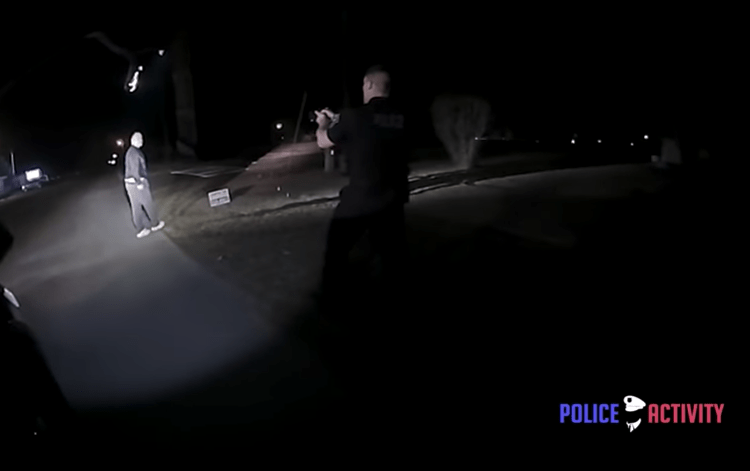 David Grizzle was armed with a knife and non-compliant. (Oklahoma City Police Department)

TUTTLE, Okla. (KFOR) – A man is behind bars after a Wednesday morning vehicle pursuit through Oklahoma City ended in Tuttle. Police have now released body cam footage of the moments before arrest when the non-compliant suspect who was armed with a knife was tased (see video below).

“Stop walking. Do not walk toward us. No!” said an Oklahoma City police officer, KFOR reported.

Police needed to stop the suspect as he tensely refused to obey their commands.

“Considering the speeds that were reached and the presence of a weapon on his part, it could have gone very poorly for a lot of people,” said Maj. Michael Scott, Tuttle Police Department.

The non-compliant, armed suspect was identified as David Grizzle, 38. He was first spotted by OKC police near I-35 and S.E. Grand when an officer attempted to initiate a traffic stop for a violation.

That’s when Grizzle bolted. During the pursuit, he drove over 20 miles and at times hitting over 100 miles per hour, reported KFOR.

Moreover, police say he discarded two bags of meth during the chase.

Grizzle eventually drove over stop sticks, which ultimately brought his vehicle to a stop in Tuttle.

Then he got out of his Honda, armed with a knife. As demonstrated by the body cam video, he refused to comply.

“Let’s tase him. Tase him. Take him down. I got your cover,” an officer is heard saying.

“We didn’t want him going towards any homes. You go back in there, there’s alleys. Places he could, if he decided to run, he could hide,” Scott said.

Tuttle police say Grizzle had started to walk toward a residential area and had no choice but to tase him.

You can see Grizzle then finally drop the knife.

“If he had chosen to charge officers or something like that, it could have been a far worse outcome,” Scott said.