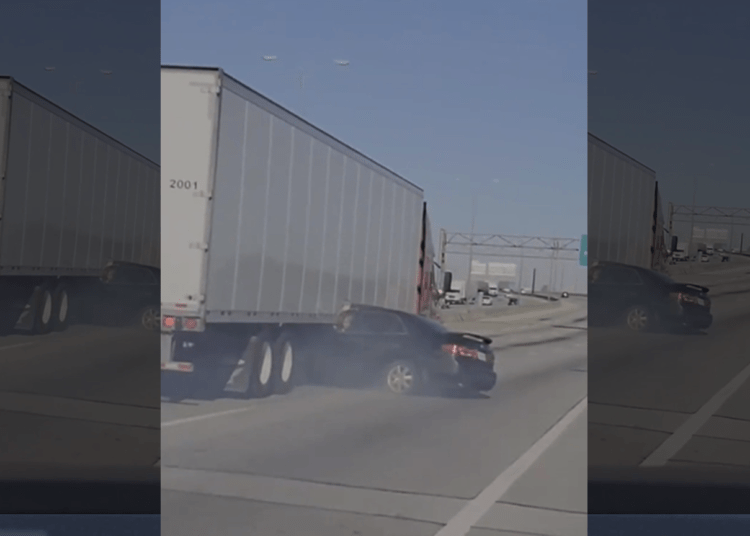 The crash occurred after the Honda Accord switched lanes, police said. (Grzesiek Misiek)

CHICAGO — In a bizarre set of circumstances, a vehicle got wedged beneath a tractor-trailer combo and the big rig continued down the road while being filmed by a motorist in an adjacent lane earlier this week.

According to the Illinois State Police, the driver of a black 2005 Honda Accord was changing lanes when the automobile somehow spun and got stuck beneath the passenger side of a cargo trailer attached to a red 2014 Freightliner.

The semi-truck and trailer combo dragged the Honda Accord some period of time before eventually coming to a stop.

The video footage shows the big rig appearing to maintain speed with the flow of traffic without getting bogged down by the car wedged between the trailer and the roadway. Toward the end of the clip, someone can be seen waving from the driver’s seat of the sedan.

Mohamed Yousif, 52, was identified as the driver of the semi-truck, State Police said, while Laylisha A. Gardner, 19, was operating the Honda Accord, Fox reported.

Amazingly, no injuries were reported. ISP did not immediately provide any further details.