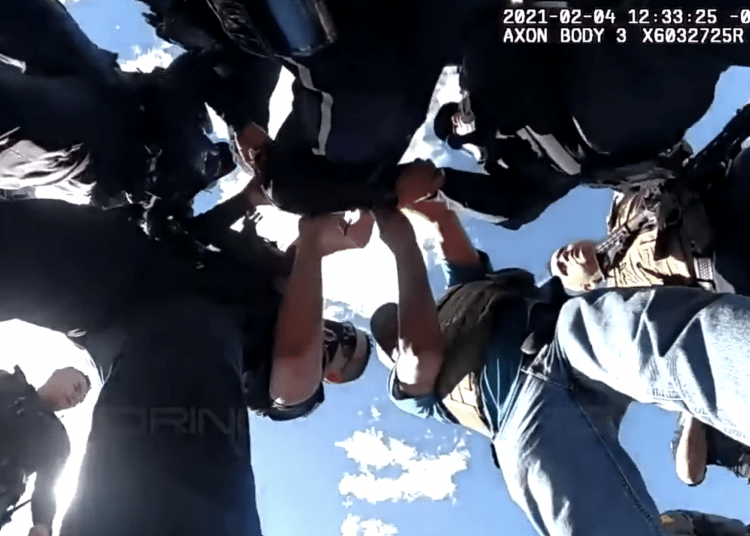 LAS CRUCES, N.M. — A New Mexico police officer got back up and returned fire after being shot by the alleged killer of a state trooper, newly released lapel-camera footage shows.

The video, which was posted online, shows Las Cruces police officer Adrian De La Garza perform a pit maneuver to stop the suspect during a pursuit after the suspect was accused of killing New Mexico State Police Trooper Darian Jarrott during a traffic stop, KFOX 14 in El Paso, Texas, reported.

De La Garza is seen shot by suspect Omar Felix Cueva and falling to the ground, but he quickly gets up and continues firing at Cueva until he reaches the suspect’s car. Cueva was killed during the shootout with officers, Law Officer reported.

In the video, fellow officers provide initial medical aid to De La Garza, according to FOX.

Previously, dashcam video of Jarrott’s shooting and bystander video of the shootout after the pursuit had been released.

Cueva was accused of shooting Jarrott multiple times during the traffic stop in February with an AR-15-style rifle while he was on his way to Las Cruces for a drug deal, police said.

Afterward, the suspect led officers on a 40-mile chase on Interstate 10 that ended in the fatal shootout.