The suspect was shot and killed by additional officers 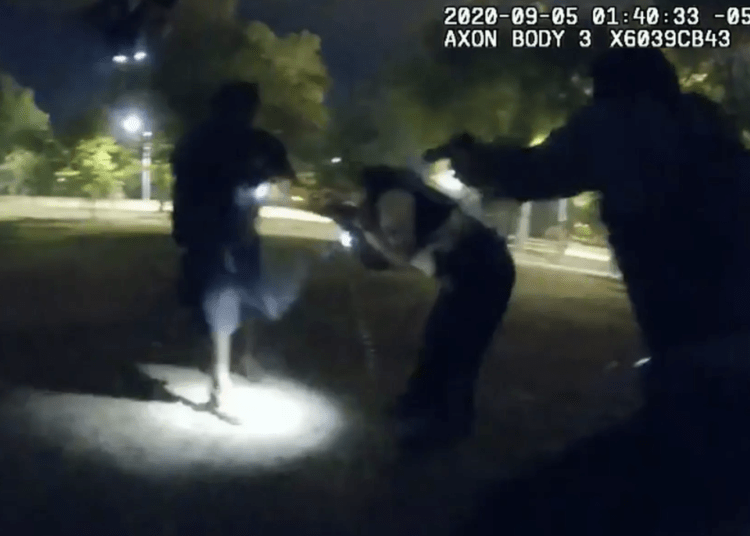 COPA released a video of police shooting a knife-wielding man on Sept. 5 near 49th Street and Lavergne Avenue. (COPA)

CHICAGO — The Civilian Office of Police Accountability released body-worn camera footage Thursday that shows a man stabbing a police officer in her body armor before other officers fire a series of fatal shots at him.

Officers initially responded to a call of a stabbing early Sept. 5 near 49th Street and Lavergne Avenue. The knife-wielding man, identified as Shaon Jermy Ochea Warner, 34, was pronounced dead at the scene, officials said at the time.

In the video, witnesses report an interaction with a man armed with a knife. The officers later show up at Vittum Park, where they encounter Warner, Chicago Sun-Times reported.

“Put your goddamn hands up. Don’t be reaching for nothing,” one officer shouts before Warner starts walking toward another officer while holding what appears to be a butcher’s knife.

The officer Warner was approaching then deploys her Taser and temporarily incapacitates him.

After Warner appears to rip off the prongs, he charges the officer and appears to stab her in the vest as she cries out.

Two officers then unload a quick succession of around 15 rounds before Warner’s falls to the ground, the video shows. As Warner appears to lay lifeless on the ground, the officers place him into handcuffs as the officer who was attacked insists that she’s “fine.”

In a statement, COPA said its “investigation into the officer’s actions, including use of deadly force, is in its early stages and will determine if the actions of the officers are in accordance with Department policy and training,” according to the Sun-Times.

Video, audio and other documents related to the shooting were released 26 days after the incident, COPA spokesman Ephraim Eaddy noted. The disclosure comes just two weeks after Chicago’s inspector general issued a report detailing the agency’s repeated failure to meet the 60-day deadline to release those types of materials in other incidents involving officers’ use of force.