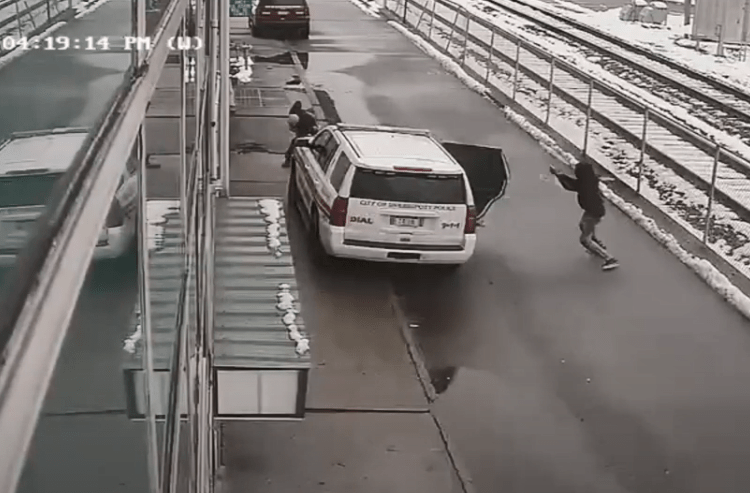 Law Officer has been reporting on the shooting of a McKeesport (PA) Police Officer outside the police station throughout the day.

After being served a protective order, Koby Lee Francis, 22, was arrested outside a residence for violating that same order.

You can watch the newly released video footage of the shooting below.

Officer Geriasimos Athens, 32, was in stable condition at the time of this writing. Athens is a four-year veteran of the department.

The Pittsburgh Post Gazette reported that Officer Athens did return fire after being shot but there was no indication that any of the officer’s bullets struck Francis. Investigators later later found a  .32-caliber revolver about 127 feet from Officer Athan’s patrol vehicle. The revolver contained five spent cartridges, but police did not say whether they were certain it was the weapon used to shoot the officer.

Authorities also said they were unsure how police missed the weapon on Francis after the initial search when he was taken into custody.