Saratoga Springs Police said the off-duty deputy did not respond to commands to drop his weapon after he engaged in a gun battle with another combatant. 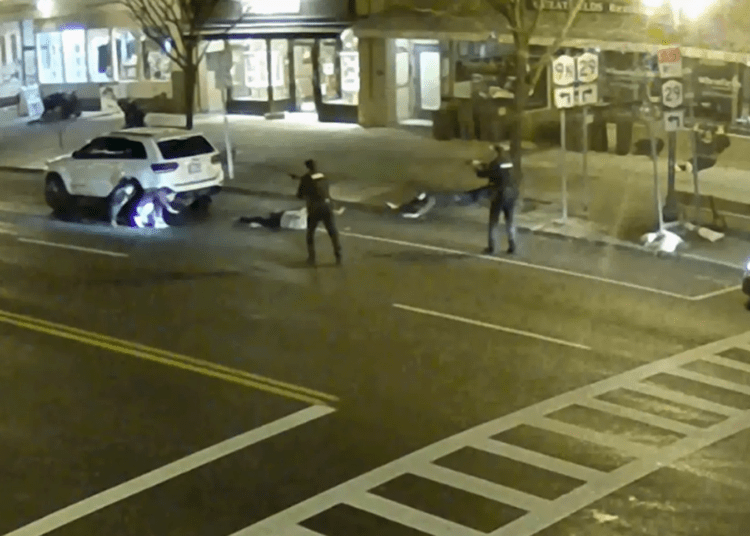 SARATOGA SPRINGS, N.Y. – An off-duty sheriff’s deputy from Vermont was shot by police in upstate New York on Sunday after he exchanged gunfire with a group of men, according to law enforcement authorities.

The unidentified deputy was shot multiple times after he did not respond to officers’ commands to drop his weapon, police and the local mayor said at a press conference, The Daily Gazette reported. The officer-involved shooting with the off-duty deputy occurred about 3 a.m. on Sunday by the northeast corner of Broadway and Caroline Street after Saratoga Springs Police responded to another shooting.

The deputy, who survived, had ten non-fatal bullet wounds, police said. No Saratoga Springs officers were injured in the shooting, according to News 10.

“At this point, they haven’t been segregated into exit and entry wounds, so that doesn’t mean he was shot ten times [by police],” Saratoga Springs Public Safety Commissioner James Montagnino said at a press conference.

“By my count, there are at least eight separate, clear, unequivocal commands to put the gun down and get on the ground,” Montagnino said. “They are all ignored.”

Saratoga Springs Police were responding to a prior shooting that involved the deputy and a group of men that left two people injured. The first gunfire was prompted by an argument. A woman believed to be the deputy’s girlfriend sustained a graze wound and a man involved in the altercation also suffered an unspecified injury.

Upwards of eight shots were fired between the two, authorities noted.

Three people had reportedly slammed the deputy into a parked vehicle before then pushing him to the ground. The deputy then drew a weapon and exchanged gunfire with a member of the group who also had a firearm, Fox News Digital reported.

Officers nearby heard the gunfire and rushed to the scene. Upon arrival they saw the deputy holding a raised handgun in the ready position.

The deputy did not respond to multiple orders from officers to put down his weapon, and police then opened fire. He suffered 10 bullet wounds, but it is unclear how many times he was shot as his injuries included entry and exit wounds.

The off-duty deputy suffered 10 bullet wounds after he failed to respond to officers commands to drop his weapon. (City of Saratoga Springs)

He was transported to a local hospital and is reportedly listed in stable condition.

Both of the shootings, according to street surveillance camera footage released later Sunday, occurred within a two-minute stretch.

Officers discharged their weapons 11 times, according to police.

The New York State Police will conduct the investigation.

Saratoga Springs is about 34 miles north of Albany in upstate New York. It is a hub for thoroughbred horse racing, and home to the Saratoga Race Course and the National Museum of Racing and Hall of Fame.

City officials said this is the first OIS by one of their officers in 26 years.