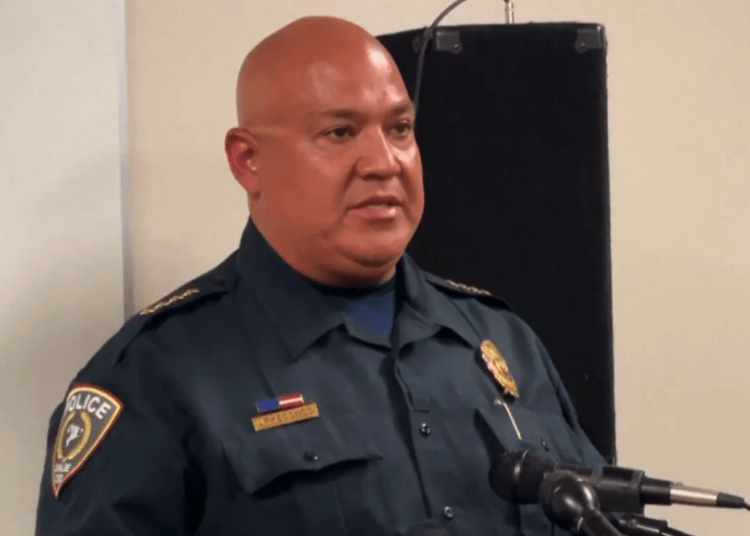 UVALDE, Texas – Uvalde Consolidated Independent School District Police Chief Pete Arredondo who has faced sharp rebuke over his inadequate response to the massacre at Robb Elementary School has been placed on administrative leave, according to reports.

As chief of police of the small six-person agency, he should have been in charge at the scene, but he wasn’t, even by his own admission. Arredondo said he never considered himself to be in the role of incident commander as the mass murder of 21 people unfolded, Law Officer reported.

Uvalde School District Superintendent Hal Harrell announced Wednesday the reason he took the action against Arredondo, who even acknowledged that he wasn’t carrying a police radio during the crisis.

“From the beginning of this horrible event, I shared that the district would wait until the investigation was complete before making personnel decisions,” Harrell explained. “Today, I am still without details of the investigations being conducted by various agencies. Because of the lack of clarity that remains and the unknown timing of when I will receive the results of the investigations, I have made the decision to place Chief Arredondo on administrative leave effective on this date.”

Arredondo has been heavily rebuked by everyone from Texas Department of Public Safety Director Steven McCraw to parents in the Uvalde community for his response to last month’s horrifying homicides.

Moreover, the DPS director said, “This set our profession back a decade. That’s what it did.”

According to Fox News, Lieutenant Mike Hernandez, a member of the Uvalde school district’s police department, will assume the duties of the school police chief, Harrell said Wednesday.