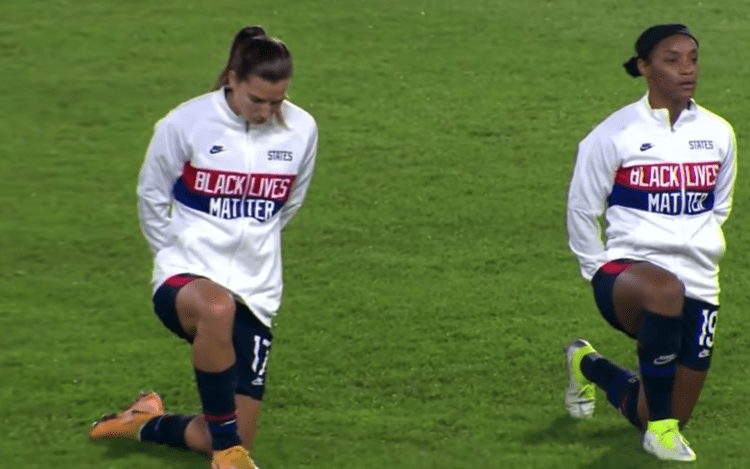 While the opening ceremonies for the Tokyo Olympic games don’t begin until Friday, the U.S. women’s soccer team is among the handful of squads who start days before the contests officially get underway. But the chance to get a quick start toward a gold medal was nullified by a devastating 3-0 loss to Sweden early Wednesday morning in their Olympic opener, breaking the team’s 44-game unbeaten streak.

A major point of contention with U.S. fans is that all 22 players on Team USA took a knee in solidarity with the radical leftist group Black Lives Matter before the game, Daily Wire reported.

U.S. came into the Tokyo Games with the number one ranking in the world. Sweden is ranked fifth. The two teams last paired off in April, which resulted in a 1-1 draw, the only game the U.S. women had not won since January 2019.

According to ESPN, U.S. coach Vlatko Andonovski said: “It’s obvious we put ourselves in a big hole, but we’re the only ones who can get ourselves out of it.

“It’s not going to be easy. We’ve got to get positive results in the next two games, but the fact there is still a chance [means] I know this team is not going to give up.”

Although the team will not give up, many U.S. Olympic fans are not supportive of athletes who insist on demonstrably defaming the American flag, particularly on the world stage.

Many others feel the same way.