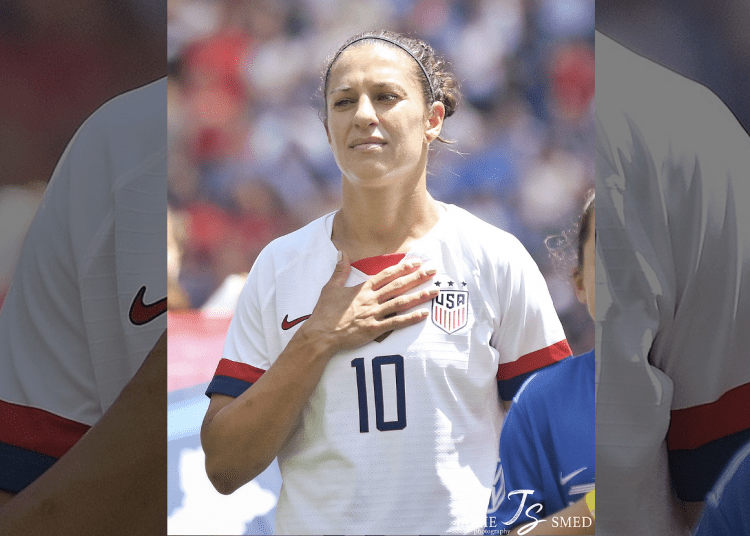 After the U.S. women’s soccer team has been taking a knee for sometime, star Carli Lloyd stunned fans on Thursday as it appeared she was the only American player standing before the team’s match against Australia at the Tokyo Olympics.

All of Lloyd’s teammates decided to kneel as a protest against their perceptions of racism and discrimination before the bronze-medal match against the Aussies. Lloyd was standing next to the referee of the match while the Australian soccer team stood in unity, Fox News reported.

Here's an angle that says it all.

Lloyd scored right before the end of the first half and then again right after the start of the second half, leading the team to a 4-3 victory and securing the Bronze medal. She became the first U.S. women’s soccer player to score in four different Olympics. It was the 10th Olympic goal for Lloyd, breaking a record previously held by Abby Wambach.

The team previously took a knee before their opening match loss to Sweden, which snapped a 44-game unbeaten streak.