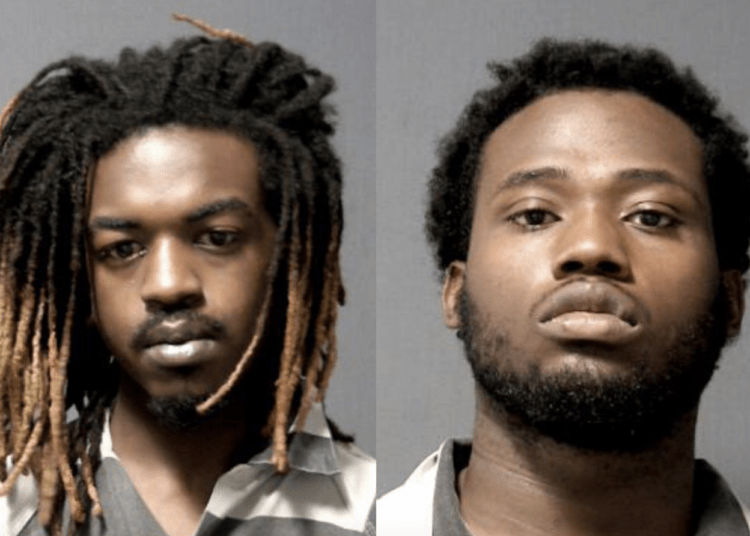 MONROE, Mich. – Two men suspected in the weekend shooting of a Monroe police corporal have been arraigned, according to the Monroe County Prosecuting Attorney’s Office.

Peterson was responding to an armed carjacking call in Monroe when one of the two suspects began shooting at her after she found the stolen vehicle and got out of her patrol car, police said. Peterson was shot multiple times and taken to a Toledo-area hospital, police said.

Capt. John Wall said on Monday that one of her wounds was to the abdomen.

Wall said the men were booked at the Monroe County Jail following their arrest.

“The Monroe County Prosecutor’s Office gratefully acknowledges the gallant service of Cpl. Peterson, and many thousands of law enforcement officers like her across our nation, who are in harm’s way every day,” Michael G. Roehrig, Monroe County prosecutor, said. “As the ‘front line,’ they serve and protect our communities courageously and selflessly, all too frequently putting their lives in grave danger.”

The case remains under investigation by Michigan State Police.

Peterson’s friends and co-workers have organized a fundraiser to help defray her medical costs. The link can be found here. The effort has raised more than $25,000 thus far.