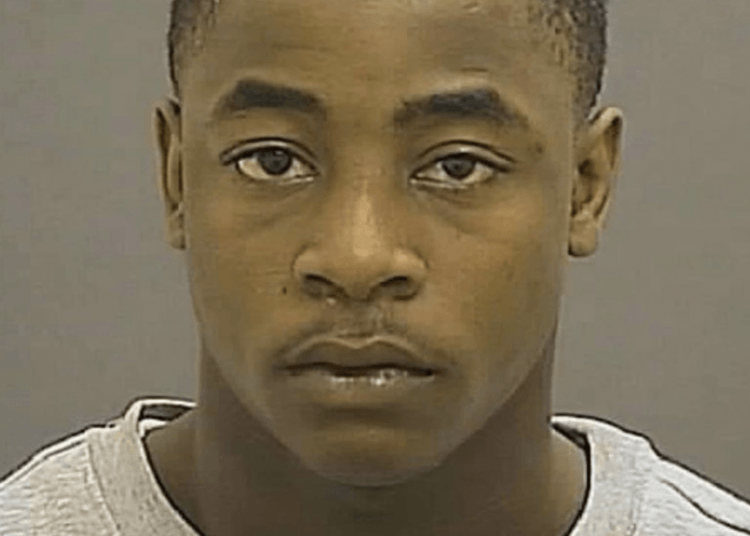 Donnell Burgess, 20, was arrested for kicking a Baltimore police sergeant while the sergeant was on the ground wrestling with a combative suspect. (Baltimore Police Department)

BALTIMORE – Baltimore police say they’ve arrested an adult and a teenager in connection with an assault on a city police sergeant that was captured on video, showing citizens kicking the sergeant while he was on the ground wrestling with a combative suspect.

Donnell Burgess, 20, was arrested Sunday. He was charged with assault on police and resisting arrest in relation to the Jan. 17 incident, the department wrote in a news release, reported The Baltimore Sun.

Moreover, an unnamed 17-year-old was also arrested and charged as a juvenile, according to police.

A video widely circulated on social media showed a Baltimore police sergeant being kicked by onlookers while he tried to restrain a man on the ground Friday night.

This is the current climate in #Baltimore disturbing and humiliating. I’m sure going to work under these conditions is making it harder day by day for most. #stayalertstayalive #Policing in 2020 #ThisIsBaltimore a broken City!! pic.twitter.com/YqoYlkcPjw

Police Commissioner Michael Harrison said the officer was doing a business check in the 1500 block of Pennsylvania Ave. around midnight when a person became argumentative and spat in the sergeant’s face.

The video showed the apparent aftermath of the arrest, as several onlookers kick at the sergeant and at least one person attempts to drag the man away from the sergeant as he’s trying to take him into custody.

Harrison said Saturday police had already arrested one individual in connection with the incident and were still trying to identify others who were involved.

Marilyn Mosby, the Baltimore state’s attorney, and the police have had a contentious relationship for years.

Saturday, Mosby took aim at the city’s police union after their president condemned the violent attack against the sergeant.

Mosby accused the police union of “fanning the very flames they then call on me to put out,” saying union officials responded to the violent attack with “inappropriate political rhetoric.”

Sgt. Mike Mancuso, president of Fraternal Order of Police Lodge 3, said city officials shared in the blame for the attack. The FOP president said it was “indicative of a broken city that is being led by people who have absolutely no real time crime plan or, it seems, even know how to formulate one.”

“Crime in Baltimore is out of control,” Mancuso observed, “and until new leadership is elected and appointed, this lack of respect for the law and those who enforce it will continue and deepen.”